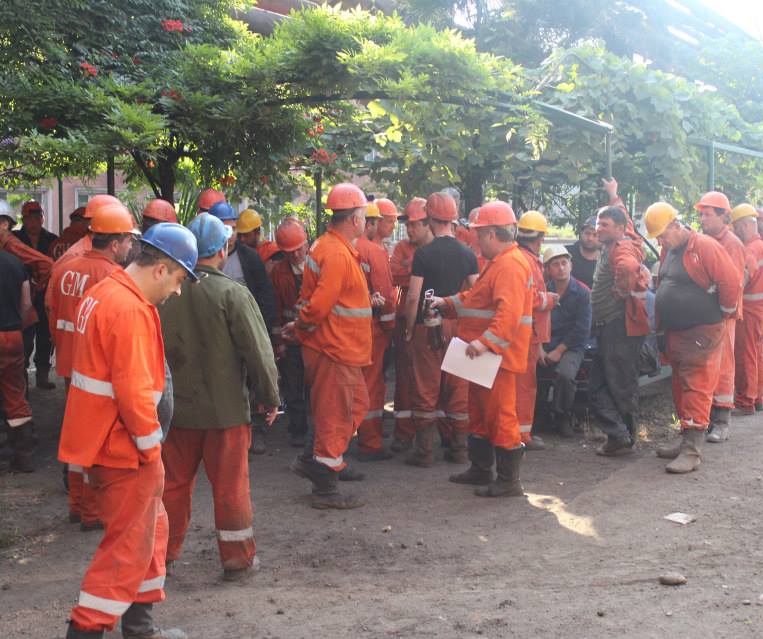 Workers at the Ferro factory in Zestaponi protested against bad drinking water Wednesday. Coliform bacteria have been found in the water. (Photo published by zestaponi.com.)

TBILISI, DFWatch–Tens of workers at the ferro-alloy plant in Zestaponi went on strike on Wednesday to protest the quality of drinking water at the plant.

As DF Watch previously reported, workers at the plant are dissatisfied with their working conditions. One of the biggest problems in the last six months has been the quality of their drinking water, which they claim is polluted.

May 21, workers in Imereti Metallurgy and Industry Trade Unions invited experts from the National Forensics Bureau to examine the drinking water at the plant.

The analyses showed  that the water is polluted with coliform bacteria and  is harmful for the health of the workers.

Workers continued their strike from morning, but the administration representatives promised to provide workers with alternative drinking water, and they temporarily called off the strike.

They say the administration has made the same promise before, but didn’t do what they promised. This time, they warn that there will be a larger strike if the promise isn’t fulfilled.