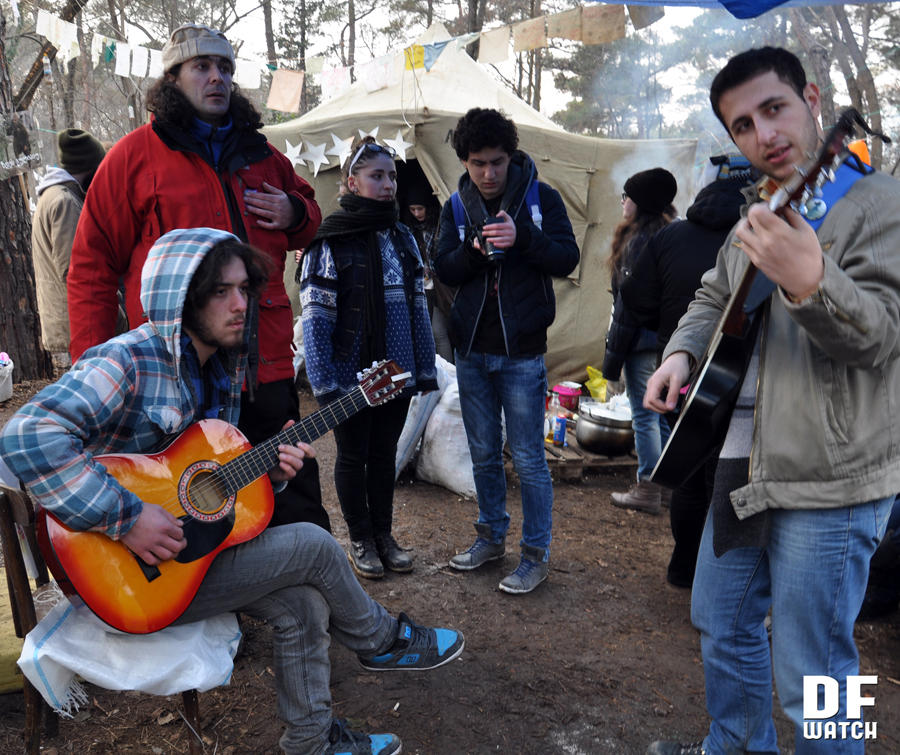 Environmental activists from a group called Guerrilla Gardening gathered in the park warning that the workers are in violation of law when they continue the construction work on the Budapest Hotel inside the park.

City Hall’s supervision service also arrived and told the workers to stop the construction work because the company doesn’t have the proper documents.

The company was recently fined for minor violations of construction regulations and was prohibited from resuming work until the faults are corrected.

Nikoloz Porchkhidze from Tiflis Kostava Group, which is carrying out the construction, said they have been working to improve the faults from January 27, while in parallel continuing the construction work, but were on Wednesday prohibited from continuing work there.

Vake Park lies in the west of the capital at the end of Chavchavadze Avenue. Protests against the plans for a new hotel inside the park began more than a year ago. Environmental activists want Tbilisi authorities to find an alternative location for the hotel.