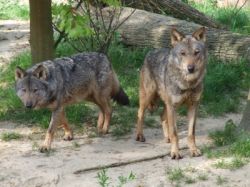 TBILISI, DFWatch–A pack of wolves has attacked livestock in a village near Tbilisi, Interpressnews reports.

The wolf attack took place in the village Kodistskaro, near the town Kaspi, and only 60 km from the center of the Georgian capital.

The news agency reports that the wolves charged into a flock of sheep and cows belonging to local resident David Kobauri, and took away meat.

This is the fifth wolf attack in the vicinity of the towns Gori, Kaspi and Kareli, to the west of Tbilisi, according to Interpressnews.

Local people are asking relevant authorities to help them deal with the problem.