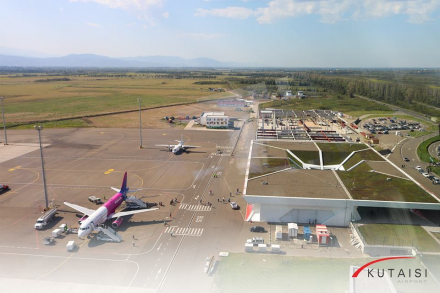 A Hungarian lowcoster Wizzair has increased the list of new destinations from Kutaisi scheduled to become operational by August to eight from the previous six.

The new destinations are two Polish cities of Gdansk and Krakow.

Wizzair is the Hungarian budget airline operating out of David the Builder Kutaisi International Airport.

Wizzair already operates flights from Kutaisi to 13 countries and 21 destinations.

As Sova wrote earlier, Kutaisi International Airport named was among the leaders of European airports in terms of passenger traffic growth. According to the organization ACI EUROPE, in November 2018, compared to the same indicator of 2017, the number of people using Kutaisi airport increased by 132.5%.