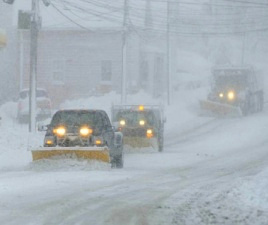 TBILISI, DFWatch–Several flights were cancelled due to bad weather on Monday at Kutaisi airport in the west of Georgia.

Interpressnews reports that heavy snowfall resulted in the cancelling of the flight from Warsaw to Kutaisi and the return flight from Kutaisi to Warsaw due to low visibility.

The plane from Warsaw should have arrived in the morning but had to return at 06:45, according to a spokesperson for the airport.

The delayed flights will be carried out in the morning of January 5.