Why my husband was arrested

Why my husband was arrested 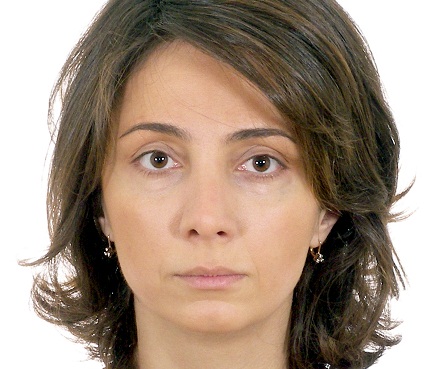 Nina Khatiskatsi explains that her husband’s recent imprisonment, for arguing with a member of the District Election Commission, is symptomatic of the government’s increased use of police powers to intimidate Georgia’s opposition and the electorate.

On the 20th of September, my husband had an argument with Archil Sopromadze, who is a representative of the Central (supreme) Election Commission in the Mestia electoral district where my husband is a political activist for political coalition Georgian Dream. As a result of that argument, my husband was arrested on 23rd of September and sentenced to 40 days.

The initial incident occurred while my husband was attending a meeting of the district election commission. At that meeting he pointed out that one of the election commission’s recent decisions on creating a special military precinct not allowed by law, had been politically motivated. This is not an unusual claim as Mr Sopromadze, who is supposed to be independent, has well-documented close relations with the ruling party.

In response to my husband’s charge, an argument ensued. The argument was heated, but there was no violence or threat of violence on either side. There were multiple witnesses to the incident.

Three days later, several police officers came to our house, with video cameras, and arrested my husband. He was charged at the local police station, under the administrative offence code, for ‘minor hooliganism’. No lawyer was allowed access at the time of reading the charges.

Several hours later, my husband was moved from the local police station to the regional court of Zugdidi, few hours drive away. A crowd of several dozen local residents gathered to block the road in an attempt to stop his transfer. In response to this, the military was called (as one can see on the attached video starting from 4:45 minutes)) to disperse the crowd. Use of the military to resolve a civil protest of this kind is directly banned by Georgian law.

At the regional capital, at around 6pm on the same day, my husband was taken in front of a judge. The prosecution did not claim that his activities had involved either violence or threat of violence, but involved ‘verbal insults’ that were ‘disruptive to the activities of the election commission’. In the course of the case, his defence was not allowed to call any of the witnesses to argument. He was sentenced to 40 days in prison.

Obviously, this is all extremely distressing to my husband, our family, and his friends and colleagues who were relying on his activism a week away from the elections. However, my husband’s arrest also highlights broader concerns.

It is clearly ludicrous that an individual can face more than a month in jail for arguing with a representative of the central election commission who pushed for an unfair decision by the district commission.

Unfortunately, this is not unusual. The government has been systematically using the police and courts to intimidate political activists and the electorate throughout this election campaign. Since the recent prison scandal, the situation has worsened. In the last 5 days alone, 21 opposition activists have been imprisoned for minor charges that would be regulated by fines in normal circumstances.

This reflects the increasing use of the state apparatus by the ruling party to intimidate and disrupt the legitimate activity of a pre-election opposition and to apply pressure to the electorate at large. It is also deeply distressing and horribly ironic, that when the government is scrambling to excuse their complicity in the abuse of prison inmates, they are still using the courts and prisons as a mechanism of political control.