Why HSBC discontinued its banking activities in Georgia

Why HSBC discontinued its banking activities in Georgia 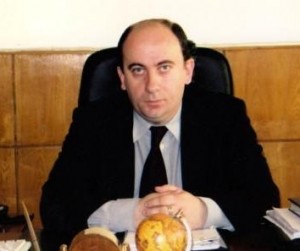 George Khelaia is an economist and former Deputy Chairman of the Chamber of Control.

Britain’s largest bank HSBC opened business in Georgia in 2008. But in 2011, it decided to end its involvement here. Why?, asks George Khelaia, economist and former Deputy Chairman of the Chamber of Control.

The Bank has branch offices in 65 countries and is one of the most important participants in the global banking system. It made a leap forward in the late 90s of last century, when it procured a majority share in Republic National Bank. Entering the Georgian banking sector was quite brave step. It selected large corporative clients for the structural development of the bank; namely, by issuing business loans and bank warranties, provision of documentary operations, in general financing export-import operations and other mechanisms; though at the end of the year 2011, the bank made up its mind to end its involvement in Georgia.

The decision was conditioned by the following circumstances:

Before Western banks entered the new state, even after learning the specifications and banking surroundings, it was difficult for them to predict the reality in which they had to conduct their business.

First it should be mentioned that there is quite a small quantity of such corporative clients in Georgia, that satisfy the demands of Western banks and can make use of their credit resources in general. A company which is able to become a potential client of large western bank and make use of business loans, should have flawless and transparent financial documentation. Namely, the business project should contain detailed information about the core business, the experience of the company’s management within specific businesses, the financial index both past and projected, and all this should finally provide an uninterrupted service of loan and profit making for the company upon completion of the project. Every calculation should rest on facts, and possible volume of sales shall be warranted with specific agreements with partner companies, at least to some degree. Besides this standard financial documentation, such as balance in the most recent period, statement of profit and loss and data about cash-flows should be positive and certify the fact that the company is growing and has special qualifications for expanding within a specific market segment. At the same time, the company should not have any problems with paying taxes or other kinds of fees. According to established banking practice internationally, it is desirable to provide an audit of the company’s activities, done by a respected audit company, and the financial outcome should be in the black.

Another important factor for issuing business loans is the issue of loan collateral. In Georgia, most of the collaterals on business loans are made by real estates, guarantees and realization of which (in case of failure to repay) are wrought with a numbers of problems. Namely, because of the fact that there is no unified real estate market (stock exchange) in Georgia, it is extremely difficult to verify its market price. This is a fact which leads to a lower price evaluation of real estate by the banks and a use of a high discount (30-40%) upon specifying the realization price. This means that it is more difficult to sell the property, in case of non-repayment, at a price that can cover the liabilities of the bank. Namely, the more expensive and the higher the volume of loan collateral is (it is at least more than 0.5 million GEL), because of the lack of potential purchasers, the more difficult it gets to sell it for its sales (discounted) price. The sales process becomes more difficult if the guaranty of business loan is specific (for example if it is located in the suburbs, it is difficult to use it for a different purpose).

The risk of nonpayment of business loans increases interest rates, which have mainly fluctuated between 13 and 20 % (by taking into account business types and accompanying risks), when in the Western countries it does not rise above 6-7%. Add to this such unforeseen conditions as: the government amending regulations in this or that business domain, political risks, and other kinds of risk. In sum, it makes for an expensive credit market in Georgia.

Most of the companies operating in Georgia, which could become clients of HSBC and could satisfy the criteria stipulated above, already are clients of the largest banks here and use their credit products. In addition, most of their assets are mortgaged and there is a low probability that the companies will find additional provisions or guarantees which could let them at the same time collaborate with other banks for the purpose of financing new projects.

Generally it should be mentioned that Western banks finance companies which have a satisfying financial status, own specific segment of the market, have perspectives about expanding business, as well as specific projects, but are in need of financing. When it comes to financing new business, so-called “start-ups”, against the background of the systemic financial crisis in the world today, every financial institution is extremely careful about making such a step.

It is the most important parameter for every commercial bank to have a planned capacity of credit portfolio, which shall be completed during the reporting year. When large banks are entering a new market, there are strictly defined rates of increasing their credit portfolio and if they are unable to reach a purposeful index, it doesn’t cost to them to continue their operation.

There is an a school of thought that HSBC had been being trying to follow an aggressive credit policy in the market, which should be expressed by means of a specific deduction of interest rates on business loans, though due to subjective or objective reasons, this couldn’t be realized. I think the deduction of interest rates had an influence on the bank’s ability to attract corporative clients, though it was unable to reduce the accompanying risks related to issuing credit to business.

It is to be mentioned that before Western banks including HSBC enter new markets, they make analyzes and predictions for minimum 4-5 years. HSBC’s decision to leave Georgia speaks to the fact that experts working for the bank were unable to see possibilities of developing corporative business and financial potential for the companies that could become their partners and clients in the short and medium term.

To my mind, such factors need to be analyzed much deeper by experts and respective regulatory bodies.