What will be on agenda of Saakashvili’s Washington meeting?

What will be on agenda of Saakashvili’s Washington meeting? 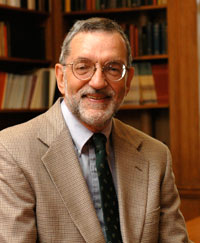 It is very fitting and important that Presidents Obama and Saakashvili meet in Washington on January 30, writes Kenneth S. Yalowitz, former U.S. Ambassador to Georgia.

This year marks the 20th anniversary of the establishment of diplomatic relations between the United States and Georgia and this is an excellent time to reflect on the many successes in our bilateral relationship and the issues we will be confronting in years ahead. Looking back on the precarious situation Georgia found itself upon independence and the collapse of the USSR, the progress made to date in state building and developing the economy is very impressive. The United States has been a consistent supporter of Georgia’s independence, sovereignty and territorial integrity and has provided diplomatic, economic and technical, and security assistance towards those ends. In particular, the US has supported the desire of the Georgian people to be a part of Europe and join the Euro-Atlantic economic and security community. Georgian government efforts in recent years to deal with widespread corruption and support allied policy in Iraq and Afghanistan have been welcomed. Indeed, the bilateral relationship is strong and healthy.

That said, this is an important inflection point at which the presidents will meet. Georgia will be holding important parliamentary elections later this year which could set the direction of the country for many years to come. Many observers, myself included, are concerned that these elections be free, fair and transparent and that a viable, responsible opposition will result. The risks of one-party dominance in a democracy are all too obvious and the vitality and health of the still growing Georgian democracy require healthy debate and competition. President Obama will affirm strong US support for an open electoral process in which the opposition has fair access to the press and media. I noted recently the US provided some $1 million to update Georgian electoral lists and I think this type of assistance underscores the type of election process we hope to see.

The Georgian government has had much success cleaning up petty corruption, mainly the traffic police, and simplifying the process of starting a new business. I have read, however, that the investment climate for foreign investment has been clouded at times by pressures on foreign businesses over payment of taxes and alleged legal issues. Georgia badly needs foreign investment in an environment of uncertain official foreign aid flows. I would assume President Obama will raise this issue.

Foreign affairs and security issues will be central to the conversation. At the top of the list will be Georgia’s difficult relations with Russia. With the likely return to the presidency of Mr. Putin, the continuing tension over South Ossetia and Abkhazia, and the increased Russian military presence, the situation remains very difficult. The US remains firm that Abkhazia and South Ossetia are part of Georgia but President Obama will want to discuss ways to resolve this conflict peacefully. With the internal Russian political scene now in flux, the two presidents will likely exchange opinions on where Russia may be headed and how best to deal with the changing situation. Likewise, they will want to discuss the combustible situation in the North Caucasus where Georgia has significant interests. This is another subject where discretion and clear analysis are needed to prevent worsening of the situation.

Putin’s apparent manipulation of Russia’s constitution to reassume the presidency and the popular negative reaction that engendered should be instructive for Georgia and other former Soviet states. Popular expectations of fairness and openness in government are spreading worldwide in the wake of the Arab spring. In this light, Georgia’s path in meeting these expectations in its economic and political system should be central to the summit discussions.