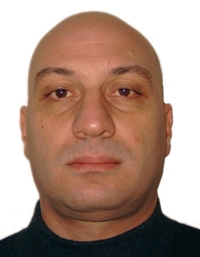 Nika Chitadze is a political scientist and commentator.

The visit of the Minister for Foreign Affairs of the Federal Republic of Germany Guido Westerwelle to Tbilisi on March 15, 2012 represents an important event for the Germany-Georgia relations, taking into account the fact, that this visit coincides with the 20th anniversary of the establishment of diplomatic relation between our two countries, writes Nika Chitadze, political scientist and commentator.

It should be mentioned, that Germany was the first country, which sent an Ambassador and opened an Embassy in Georgia. This was in 1992, after the restoration of Georgia’s national independence.

This visit to Georgia by high-rank representatives of the most economically developed country in EU represents the continuation of the activation of the foreign contacts of Georgia with the leading states and organizations in the world. As it is known, in October of 2011 the President of France visited Georgia, in November 2011 the Secretary General of NATO and a delegation of the North-Atlantic Council visited, also at the end of 2011 EU’s High Representative of the Union for Foreign Affairs and Security Policy Catherine Ashton, and the president of Georgia Michael Saakashvili went to Washington and met with the President of the USA Barack Obama.

With regard to the visit by the Minister of Foreign Affairs of Germany, it should be mentioned that it will promote the deepening of cooperation between Georgia and Germany. Talking about relations between the two countries and the interests of each of them, the following has to be taken into account:

One of the main national interest of Georgia represents the attraction of investments from German companies within different sectors of Georgia’s economy. Today, as it is known, there are several German companies, which are functioning in the industrial sector of Georgia, for example HeidelbergCement;

For Georgia there is great interest towards the current position of Germany related to the further enlargement of NATO. How Germany is ready to promote this process, if Germany did not support the idea of granting Georgia a Membership Action Plan (MAP) during the Bucharest Summit of NATO in April 2008. As it is known, despite not supporting the granting of MAP to Georgia, Germany joined the declaration saying that one day Georgia and Ukraine would become members of NATO. There should be paid attention to the fact that many small states in Europe which are members of NATO take into consideration the position of Germany related to the further enlargement of the North-Atlantic Alliance in the post-Soviet space, especially before the NATO Summit in Chicago, which will be held in May, 2012;

It is important to determine the position of Germany in the framework of EU’s Eastern Partnership Program. What kind of position will Germany have during the negotiation process between the EU and Georgia related to free trade agreement etc. Especially, when according to statistics from 2011, the volume of Georgia’s trade with EU member states (including Germany) increased 41%.

It is interesting whether we will see Germany’s engagement in the mediation process to resolve the problem with de-occupation of 20% of the territory of Georgia. Especially, when Germany has some experience in playing the role of mediator, when Germany during the negotiation process between the central government of Georgia and representatives of the separatist de facto authorities of Abkhazia was a member of group of friends of the UN Secretary General, and in July 2008 former Minister of Foreign Affairs of Germany one month before the military aggression of Russia visited Abkhazia to present a peace document, which was worked out by the Georgian side.

For Georgia it is important to determine the energy policy of Germany. As it is known, about 30% of natural gas on the German market is imported from Russia. There is expected an increase in the volume of import, taking into consideration, that the full capacity of the “North Stream” pipeline between Russia and Germany is 55 billion cubic meters of natural gas. At the same time, Germany, like other members of EU, is interested in finding alternatives sources of energy supply, and in this case, “Nabucco” project can play one decisive role, the capacity of which is about 26-31 billion cubic meters and it is planned the transport of the gas from Central Asia to Europe via South Caucasus and Turkey.

With regard to the interests of Germany toward Georgia and the South Caucasus Region, it is necessary to point out the following:

Interest of Germany represents, how successfully Georgia is implementing reforms in different fields and the process of democratization in the country. What steps were done for approaching European and Euro-Atlantic standards.

How is now the security environment in Georgia, the current situation related to Georgia- Russia relations, the situation in the occupied territories.

What is going on ahead of the parliamentary elections in Georgia, how is the electoral environment, related to the electoral code and other issues.

One of the interest of Germany can be the discussion about energy projects through the South Caucasus Region – as it is known, the Minister is also visiting Azerbaijan.

Germany is interested in the analysis of the investment environment for giving German companies the opportunity to invest money in the economy of the countries in the South Caucasus.

Most probably, all the above-mentioned issues will be included in agenda of the meetings with high ranking Georgian officials and representatives of civil society, which will be positively reflected on the relations between the two countries in both a short-term and long-term perspective.