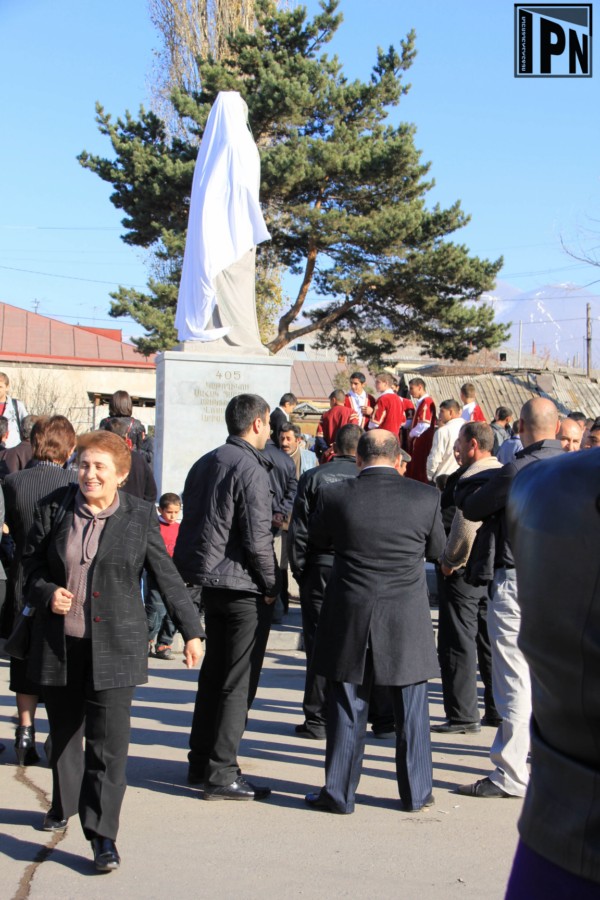 Statue in Akhalkalaki of Mesrop Mashtots, the creator of the Armenian alphabet. (Interpressnews.)

It is a hard winter for ethnic Armenians living in Georgia’s southern Samtskhe-Javakheti region. The fall of the ruble has led to less money being sent home from relatives who have found jobs in Russia, and Georgia’s new immigration law is forcing people to acquire a residency permit, which they are not guaranteed to get even after paying all the fees.

No employment in the region

Akhalkalaki is a town situated on a volcanic plateau 1,700 meters above sea level. The main crops grown here are potatoes, cabbage and carrots, locals told us; not the kind of agriculture which gives you a good income.

However, all other options are also closed. The biggest employer used to be a Russian military base which was closed in 2007. Apart from public sector jobs and small businesses, the town has almost nothing else to offer job seekers.

“There are no jobs here. During the Soviet times, men were used to going to Russia for work, and their wives and children stayed here. Even now, when the Soviet Union does not exist anymore, when there are new countries and new borders, the same mindset remained, and people still travel abroad to work,” deputy chair of the Akhalkalaki town council, Nairin Irichian, explained. 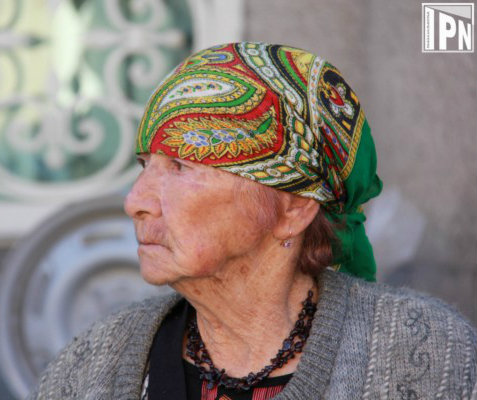 The migration of laborers impacts the annual cycle of this region. Now, during the winter holidays, the whole region is bursting with life, as the men take a break from their job in Russia or Armenia. Shushana Shirinian, a local journalist, said that the men usually stay until spring and then go back. “Then the ‘women’s season’ will start, when all duties will fall on the woman’s shoulder’s,” Shirinian said.

But this year, the family reunions are not as festive as usual. The ruble has lost about half of its value in the course of the last year, and it dragged Georgian and Armenian currencies down as well. “Whatever people earned throughout the year, it all dwindled. It’s like they’ve been working for free,” Shirinian told DF Watch.

Have no Georgian citizenship

But the falling ruble is just one of the problems among Javakheti Armenians. The biggest share of those who work abroad are Armenian, not Georgian, passport holders. After the 2008 Georgia-Russia, it became harder for Georgian citizens to get work in Russia, and many chose instead to look for a job in Armenia, which is also easier with an Armenian passport.

Irichian stressed that Javakheti Armenians are without Georgian citizenship for pragmatic reasons: “A lot of critics say that Armenia handed out passports to Samtskhe-Javakheti Armenians so it could later annex this region. But this is far from the truth. If people had jobs in Georgia, they would never get Armenian passports and would never leave their country, their home and their families.”

Before September 1, 2014, Armenian citizens were able to live in Georgia without any additional documents, as long as they crossed a state border once every year. But everything changed with the new immigration law, and now those Javakheti Armenians who are without Georgian citizenship can stay in their home country only for three months and then they have to stay away for another three.

Samvel Petrosian, a Georgian parliament member from Akhalkalaki, did not hide his discontent with the current immigration law, and said that it violates the rights and interests of ethnic Armenians in Georgia.

“This new law is one of the biggest problems in Samtskhe-Javakheti at the moment. The majority of people here are Armenians, every family has relatives in Armenia and we are crossing the border frequently. And this law restricts free movement across borders,” he said.

Petrosian pointed out that there are a lot of inter-married families in the region with one spouse an Armenian and the other Georgian citizen. “But this law requires that Armenian citizens can be in Georgia only six months per year. So it means that such family will be together for six months, and apart for another six. And that’s how families break.” 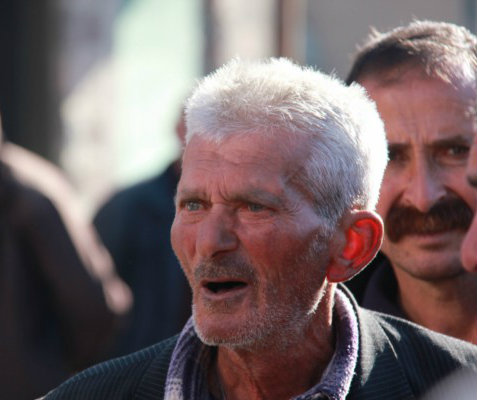 Therefore it wasn’t surprising to see long queues in the local branch of the Public Service Hall, as people struggle to obtain temporary or permanent residency permits. As each application costs 210 laris, and sometimes an applicant needs to demonstrate that she or he has 4,000 laris on their bank account, it is a costly procedure for people in this poor region. For example, a family of four will have to pay more than 850 laris for the application process, including the costs for various supporting documents.

Moreover, according to the locals, no-one can be sure that their application will be approved or rejected. There seemed to be a consensus among people I talked to that the rejection rate is high, and the reasons are usually unknown. “For example, I remember one man from a village nearby. He told me that he got rejected four times already, and the Public Service Hall clerks are still encouraging him to apply again and again. He cannot understand why are they telling him to apply and pay money again, as he has been rejected so many times already,” Irichian said.

The Public Service Development Agency, which is responsible for issuing residency permits, did not provide DF Watch with official statistics concerning Armenian citizens applying for Georgian residency permit and the rejection-approval rate.

The uncertainty scares those who need residency permits. A local small business owner, who lives together with her husband and three children, said that she is a bit afraid to pay all the money it costs to apply for a residency permit, especially when she is not sure if the answer will be positive. “I’ve lived here for fifteen years, we have registered our business here, we pay taxes, we pay utilities. And we do all of this with our Armenian passports, and it never seemed to be a problem. What if I don’t get residency permits for me and my family now? Maybe it would be wiser just to spend that money living in Armenia?”