Waiting for the next exam

Waiting for the next exam

Neither the government, nor the opposition, nor civil society passed the democracy exam on November 7, 2007. 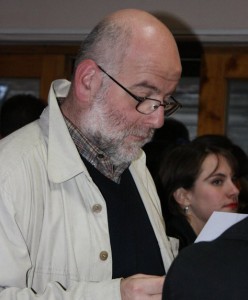 I’m not writing memoirs about November 7, 2007; nor am I writing a requiem for the young Georgian state. I don’t even want to remember the government’s hot-headed actions – how they showed no mercy to citizens or even media equipment. I’m not interested in the political opposition’s chimerical union of those days. I want to discuss with you a democracy test; civil society will be obliged to pass the test sooner or later if it wants to be the founder of a modern state.

This test contains several important issues, and no part of social-political life passes it:

The government explained its steps most dramatically and with reference to legislation, but the European community couldn’t understand: which ‘democratic values’ dictates to forcefully suppress the media, namely television? They didn’t put the issue this way: how good or bad was this media unit? It used to be a part of pluralistic media environment and the government should have showed more patience. That would be an action understandable in democratic language.

The political opposition couldn’t feel the drama of the situation and missed the moment, when its main opponent was society. The opposition believed that one can plan a protest attitude in the office of a political party. The opposition thought that to mobilize the citizens for a lot of demonstrations and rallies was an achievement, and so they got closed into their offices again. They couldn’t explain to people why announcing a state of emergency was an illegal and unfair decision which they had to confront. It turned out that it was a much more attractive situation when they had to choose one opposition candidate for the early presidential elections; but they couldn’t make even this process transparent and pluralistic: it’s still an open question by what principle Levan Gachechiladze and not David Usupashvili was chosen as a candidate, if there even were candidates. The opposition found it difficult to have a dialog with the government, because it was not able to assure it in its necessity; but the opposition found it difficult to have a dialog with society too, because it didn’t have the will for it.

Society itself didn’t see the situation as a crisis of democracy. The government’s supporters were celebrating the success; and those citizens who were inclined to participate in protests grew apathetic. I have to repeat my opinion of those times: the government finally defeated democracy on November 8, the second day of the dispersal, when no-one got out into the streets to protest, despite the existence of an emergency situation. I remember how I and my friend Lasha Tugushi tried for two weeks to gain signs of civil sector and media with a request to revive the TV station Imedi, without result. This protest society chose a blitzkrieg tactic:  to in a timely manner and quickly defeat Mikhail Saakashvili in the presidential election. When it couldn’t achieve this aim, it fell into a situation of despair. They did not choose a long-term tactic, when democracy is a long-term process.

The test of democracy was failed on November 7 2007 and later on January 5 2008. No one could pass it. Suffering from complexes about his undemocratic image, Saakashvili suggested a feudal-anarchistic way out to win the hearts of a disappointed society. War can for a while unite society; but it cannot make for a democratic process. As a result, we got what we got.

Modern democracy needs two institutions to thrive: free courts and free media, which should be accomplished and safeguarded by society. Only in this case will Georgia become competitive. Otherwise it is really possible for Georgia to become a ‘corn republic’. And that has nothing in common with democracy.

A new test in democracy is awaiting us now. We should analyze the mistakes of the last test.