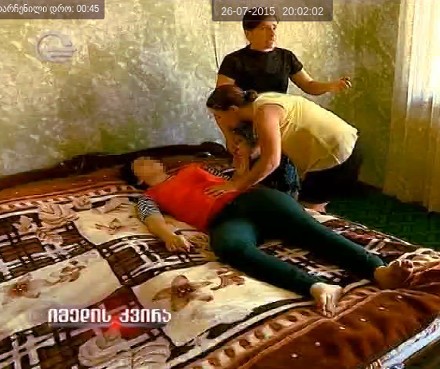 TBILISI, DFWatch–The question of whether a bride must be a virgin has become a hotly debated topic in Georgia after a man beat his new young wife after the wedding.

The report shown on Imedi TV on Sunday also revived a discussion of how journalist go about their work and, as some see it, ignore ethical standards.

It all began when a 34 year old man from the northwest of the country married a 19 year old girl. The 13 minute report showed the faces and names of all people involved in the story. 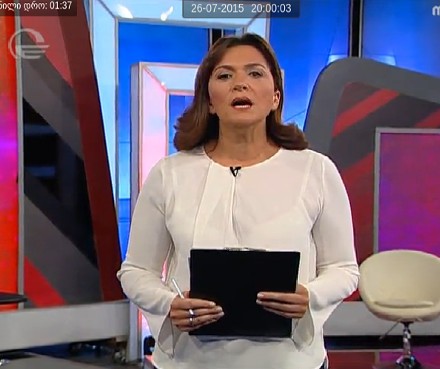 The family of the bridegroom claims that the girl was not virgin, and after that she was expelled from the family. The parents of the girl say the husband abused her and beat her, even though she was a virgin.

Imedi TV’s report delved deep into the sex life of the newlywed couple, even as far as showing their bedroom where ‘everything happened’ and interviewing neighbors about the girls’s periods and other intimate details.

The groom, on the other hand, is not shown in the report, because he is in prison. But it showed the girl lying unconscious on a bed with doctors standing around. It is not clear whether she volunteered to be shown on TV in her condition. The girl has spent the last four months in the bed like that, not leaving the house, and is clearly in a difficult psychological condition.  Viewers were also shown a picture of the girl’s face with a number of bruises.

After some footage from the girl’s house, the report continued with a return to the husband’s house where dozens of neighbors are gathered to talk about the couple’s life. They claim that it is a tradition in this area that a man cannot marry a girl if she is not a virgin and that traditions need to be respected.

The report ends with a roundup of views from random youth at a sports field. Several young boys are asked whether they would marry a girl who is not a virgin and everyone says ‘no’.

There have been a number of articles, blog posts, and comments critical of Imedi’s report in the last few days.

Baia Pataraia, a women’s rights activist, wrote on Liberali that Imedi is describing a woman as a ‘product.’ The groom’s family claimed that the bride’s family ‘sold a defective product’. The other family claims that ‘the product was flawless.’

“What women’s rights? Which Honor? Whose Mariam?” she writes. “Mariam is a woman and no matter how patriarchal society shows her off, she is a free person with honor.”

Mediachecker, another website which monitors media outlets in Georgia, outlines a further problem in the report: that the husband who is in jail is presented as a man who committed a crime, even though he is still a suspect and the court has not found him guilty.

Mediachecker recalls the many local and international norms and conventions to which Georgia is committed, that are violated by this report. Finally, it adds that the report was aired in prime time and the Broadcasters’ Code of Conduct prohibits airing content about sexual relations in prime time if there is not a great public interest. Even in such cases, it has to be shortened and edited.

Imedi TV has not yet responded to the criticism.