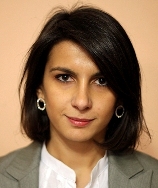 TBILISI, DFWatch – During several days, while the whole world was celebrating World Press Freedom Day, journalists have been violated, insulted, beaten or deprived of their cameras and belongings in Georgia, writes Tamar Chugoshvili, leader of Georgian Young Lawyer’s Association.

The highly represented conference hosted by UNESCO brought together several hundred journalists and civil society activists from all over the world. Some of the most renowned speakers and participants were: UNESCO Director-General, Ms Irina Bokova; Assistant Secretary of State, U.S. Department of State, Ms Esther Brimeer; 2011 Nobel Peace Prize Laureate, Ms Tawakkol Karman; UN Special Reporter on the Promotion and Protection of the Right to Freedom of Opinion and Expression, Mr Frank la Rue; but there were many others.

Special attention was this year paid to the freedom of media in democracies in transition. Particularly, there was mentioned the difficulties and problems that media faces in these countries.

I would like to emphasize the words of Maria Leissner, Sweden’s Ambassador-at-Large for Democracy: as a rule, new governments are not mentally adapted to democratic values and pretty often repeat what the old regimes used to conduct; they have difficulties understanding that being criticized is a part of the game. New governments resist hearing and accepting criticism and that puts them on just half the way of transition. If one has difficulties accepting criticism, it means one has never been transformed to democratic.

It is a one thing when a journalist is physically abused by particular people or is otherwise the target of intervention into his/her work, but it is much more important, how the government reacts on such occasions. Whether these incidents are properly investigated, and the relevant people are punished. Again, I will quote Ms Leissner: If the government is not in a position to adequately react to crimes and human rights violations, then they should not be in a position to say they are democratic.

Therefore the full attention of Georgian society and the international community should now concentrate on the Georgian government; what will be their steps and actions as a response to the events that took place against journalists of “P.S”; “tspress.ge”, “netgazet.ge” and “livepress.ge”? As the test of democracy should be expected to be passed right here and right now, rather than only on Election Day.

I would like to refer to the words of the 2011 Nobel Peace Prize Laureate, Ms Tawakkol Karman: People can have freedom only if they have knowledge. There is no freedom without freedom of the press.

As press freedom is of paramount importance, it was discussed the negative effect of journalists being loyal to the government. It is not about low professionalism or just unethical behavior. The problem is much deeper and more enduring. These journalists are not just being unprofessional or unethical; they are delaying democratic processes. They are helping governments remaining an authoritarian form of rule and slowing down the real democratic development.

Guest of Honor Ms Janine Di Giovanni, who to me is an icon of professional journalism, said: Journalism is facts – not opinions! If you write or report your opinions or unverified facts, you are not a journalist. If a journalist is loyal towards the government or is politically sensitive, if he or she loses impartiality or simply reports about gossips or unverified facts – it is not journalism.

What would be the adequate reaction from the civil society in this situation? Probably two things: help and exactingness!

The winner of the 2012 World Press Freedom Prize Mr Eynulla Fatullayev said: civil society is important because they protect journalists facing threats or danger. I would add on my part that civil society is important not only because it should protect journalists, but also because it should help by being demanding and critical. Society should demand professionalism and ethics from the media, so that we can all together demand democracy from the government.