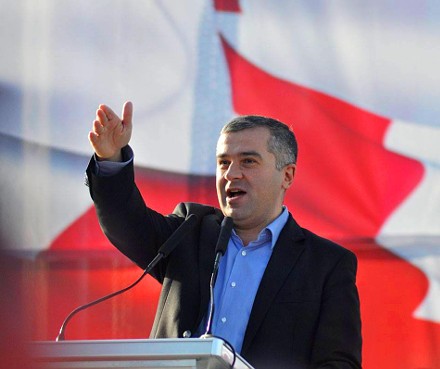 Some proposed to boycott the second round of the majoritorian elections and for those already elected to parliament not to participate in the work of the legislative assembly.

Georgian Dream will have 44 seats from the proportionate system, National Movement 27 and Alliance of Patriots 6. These results were announced by the Central Election Commission (CEC) after votes from all 100 precincts had been counted. CEC now has an additional 18 days to process all the complaints and publish its final results.

Georgian Dream received 48.67 percent of votes, the National Movement 27.11 percent and the Alliance of Patriots 5.01 percent.

There are 150 seats in parliament. 77 seats are distributed to the parties winning in the proportionate system, the rest are held by majoritarians.

23 majoritarian candidates won the election in the first round, all of them from Georgian Dream, which means that the governing party has secured 67 MPs in parliament so far.

50 election districts will hold a second round.