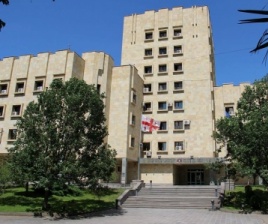 TBILISI, DFWatch–It is not known why two deputies to the Georgian chief prosecutor have resigned, and the Tbilisi prosecutor was replaced a few days ago.

“I think the new chairman of this body must be given full freedom to staff it. That’s why I appealed to him to resign,” Natsvlishvili wrote.

“I think most of the Prosecutor’s Office employees are professionals, but of course I don’t exclude making staff changes and structural optimization, the goal of which is to improve the system and activity,” Partskhaladze wrote in his first statement after assuming the post.

On Monday, another deputy, Shota Rekhvliashvili resigned. The reason he left is unknown. Giorgi Gabitashvili remained as deputy chief prosecutor while Otar Partskhaladze presented Irakli Shotadze as his first deputy.

Shotadze used to work at the Investigation Service of the Finance Ministry. In 2006-2010 he worked at the Chief Prosecutor’s office.

A few days ago, Tbilisi Prosecutor Maya Mtsariashvili also resigned and was replaced by Mikheil Shakulashvili. The latter has worked at the Prosecutor’s Office since 2001. He was be regional prosecutor in Gori, a town close to the capital.