To Understand Georgia’s Constitutional Reforms, Look Beyond the President

To Understand Georgia’s Constitutional Reforms, Look Beyond the President 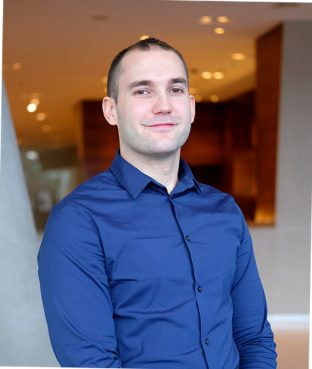 Georgia needs a parliament that is more pluralistic, not less. Rather than locking in Georgia’s democratic gains, the draft constitution appears likely to benefit Georgian Dream, writes Joseph Larsen, analyst at Georgian Institute of Politics.

The Georgian Dream (GD) government has made constitutional reform its highest priority since winning an overwhelming mandate in last October’s parliamentary elections. With 115 seats in a 150-seat parliament, GD has the supermajority necessary to amend Georgia’s constitution without the consent of any other party. Last December, it established a Constitutional Reform Commission tasked with doing just that.

The Commission published its proposals for the new constitution on April 22, and most attention has been paid to changes to procedures for electing the president. Under the new draft constitution, starting in 2023, the president would no longer be elected by popular vote. Instead, that power would be transferred to a college of electors composed of 300 parliamentarians and municipal council members.

Given the ongoing public feud between GD and President Giorgi Margvelashvili, the change has been understandably interpreted as a personal attack on the sitting president. GD, for its part, maintains the changes are intended to complete Georgia’s transition from a semi-presidential system to a full-fledged parliamentary one. What’s more, the change won’t come into effect until 2023, so Margvelashvili can still stand for popular re-election in 2018.

There is much more to the draft constitution than the presidential election issue. In fact, proposed changes to the parliamentary election procedures are more important. If the draft constitution is implemented, Georgia would ditch its current mixed majoritarian-proportional system for electing parliamentarians and replace it with a fully proportional system.

However, there’s a catch: parties would be prohibited from forming electoral blocs, and any unallocated seats—left over by the failure of smaller parties to pass the five percent threshold to enter parliament—would automatically go to the party that receives the most votes. As the incumbent party in the next parliamentary elections scheduled for 2020, the changes would likely give Georgian Dream an undue advantage.

The most beneficial thing for Georgia’s democratic consolidation would be the establishment of a stable, pluralistic parliamentary party system. Implementing the draft constitution would make that less likely. It would also perpetuate the imbalance that has hampered Georgia’s political system since independence.

The draft constitution features other important changes, too. It would define marriage as between one man and one woman with the purpose of starting a family, something that is already enshrined in Georgia’s civil code. There is no internal or external pressure—whether from the European Union (EU) or elsewhere—to legalize same-sex marriage, so writing that into the constitution doesn’t serve any practical purpose. It appears to be no more than a ploy by GD to curry more favor with socially-conservative constituents, including those who equate Euro-Atlantic integration with the so-called “homosexual agenda.”

However, by assuring conservative groups and voters that the government won’t legalize same-sex marriage under any circumstances, the government may be attempting to create more space to pursue Euro-Atlantic integration. The draft constitution includes the following provision: “The constitutional bodies within their competence undertake to take all necessary actions to ensure full integration of Georgia in the European Union and the North Atlantic Treaty Organization.”

Such an amendment was previously pushed by the United National Movement (UNM), the Republican Party of Georgia, and the Coalition for a Euro-Atlantic Georgia, a group of 23 NGOs that includes the Georgian Institute of Politics. It was mainly opposed by the Burjanadze-Democrats, who prefer to keep the door open to closer ties with Russia.

Writing Georgia’s Euro-Atlantic choice into the constitution would be a major step and one that demonstrates courage on the part of GD. Interestingly, the party appears to be trying to triangulate between Georgia’s pro-Western and socially conservative constituencies, two groups often assumed to have mutually exclusive perspectives and priorities.

GD wants to prove to the public that Georgia can achieve EU and NATO integration without compromising the country’s conservative Orthodox Christian character. That isn’t necessarily a good thing—denying rights to minorities is never a good thing. It is, however, an example of sophisticated political entrepreneurship on the part of the ruling party. GD has lately attempted to engage the Georgian Orthodox Church in the Euro-Atlantic integration process, and such initiatives could bear fruit by persuading conservative Georgians that Europeanization isn’t a threat to their values.

The draft constitution is a complex document, and a number of delicate political considerations clearly went into it. The provision on Euro-Atlantic integration is one encouraging aspect. However, there’s precious little else to feel good about. The presidential election issue has understandably received the most negative attention, but changes to parliamentary election procedures are more important and potentially more harmful. Georgia needs a parliament that is more pluralistic, not less. Rather than locking in Georgia’s democratic gains, the draft constitution appears likely to benefit Georgian Dream.

Joseph Larsen is an Analyst at the Georgian Institute of Politics (GIP). GIP was founded in 2011 to strengthen institutions and promote good governance and development through policy research and advocacy in Georgia.