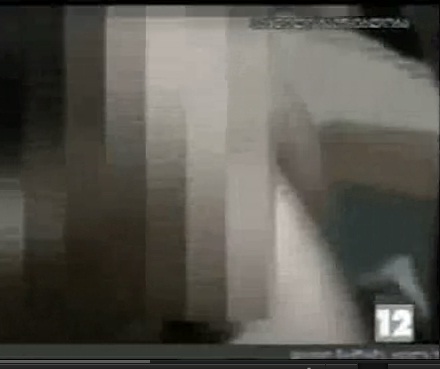 A new video shows an underage prisoner (under 18) being threatened with rape, and then sodomized by prison guards. (Screen grab.)

TBILISI, DFWatch – In a new video clip of prisoner torture in Georgia, an underage prisoner is shown being sodomized by prison guards.

The clip was aired today on the opposition channel TV9. It shows an underage prisoner (meaning under 18 years) being physically and sexually abused by prison employees.

«Do you respect thieves?” the prison employee asks the prisoner. The latter keeps silent with his head down. The prison guard then demands an answer ordering him to put his hands on his neck.

Then prison employees start to beat the prisoner, who asks them to show mercy and not beat him.

“Won’t you curse them, won’t you say that?” the prison guard continues, beating the prisoner, who still asks them to stop beating him.

“Please stop, please stop killing me,” cries the prisoner, who is only wearing a pair of underpants. The prison then employees threaten to sexually abuse him.

He is then sodomized with a baton.

In one of the previously published videos another prisoner is beaten and then forced to write a letter in which he writes that he agrees to cooperate with law enforcement bodies.