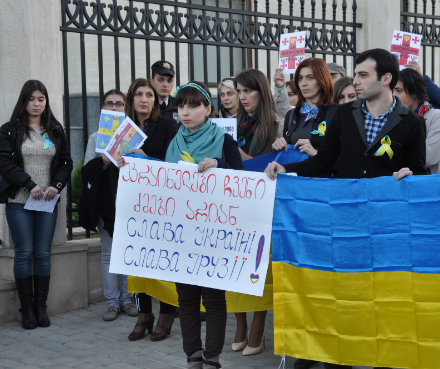 TBILISI, DFWatch–Ukraine support rallies were held in three different Georgian cities on Wednesday. They were organized by the National Platform, which is an umbrella organization uniting more than a hundred non-governmental organizations (NGOs). 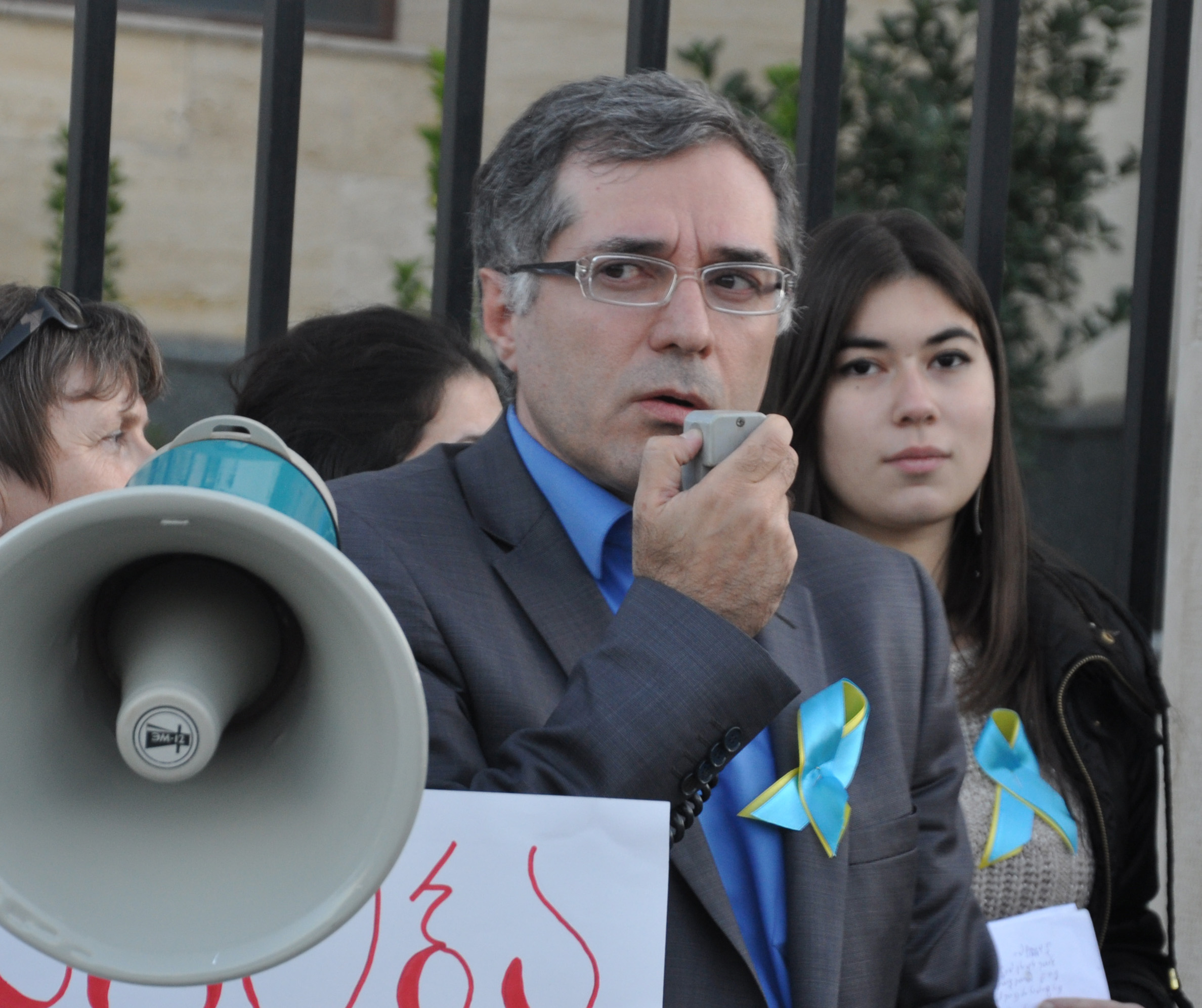 Lasha Tughushi, Chairman of the Coordination Council of the National Platform (DFWatch)

in Tbilisi, Zugdidi and Batumi, and their purpose was to express solidarity with Ukraine and condemn Russian aggression. Organizers and participants say they support the free choice of Ukrainians to move closer to Europe, and support Ukraine’s sovereignty and territorial integrity.

Participants brought the flags of EU, Ukraine and Georgia, as well as red umbrellas as a symbol of the people who died in Ukraine as a result of the Russian aggression. There were lit candles, and people shoutewd ‘slava (glory) to Ukraine, slava to heroes!’ and sang the Ukrainian national anthem.

Lasha Tughushi, editor in chief of daily newspaper Rezonansi and one of the organizers of the rally, said the goal of the rally is to support Georgia’s friends.

“There is an election in Ukraine in a few days. They have to conduct the election in very difficult conditions and it is important that we reach them with our voice and tell them that we support them,” he told journalists.

Nino Lomjaria from ISFED said today’s rally is in support of Ukraine’s democratic development. She expressed hope that the election in Ukraine will be peaceful and criticized the Georgian government for being too late in responding to events in Ukraine.

The organizers of Wednesday’s gathering said this kind of rallies will continue in the future unless the situation in Ukraine is stable.