Two tourists rescued in Mestia, one man missing at sea

Two tourists rescued in Mestia, one man missing at sea 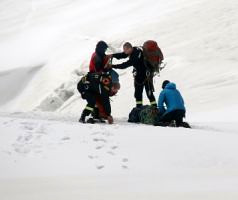 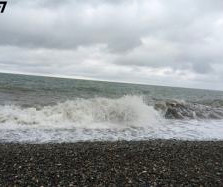 TBILISI, DFWatch–One Israeli and one German tourist were rescued Saturday in Mestia, a picturesque mountain region in the northwest of Georgia.

The two tourists were heading for the Tetnuldi peak, but not heard from.

A search was immediately started after they were reported missing three days ago, also involving a helicopter from the border police.

The two tourists were found and brought back to safety, the Ministry of Internal Affairs (MIA) said, as reported by Interpressnews.

Nearly 30 tourists have been rescued in searches conducted by the MIA this year.

Meanwhile, rescue crew were searching for a 28-year-old man who disappeared at sea in Batumi Friday night.

The emergency department received notice at 10:05 p.m. last night and 10 minutes later had dispatched divers to look for the man.

They were working late into the the night, both on the surface as well as underwater.

“At midnight there was a storm and heavy rain, which forced us to stop our work, but we resumed this morning at 6:30 a.m.,” Mamuka Turmanidze told Interpressnews.

The rescue team has three boats and four divers looking for the 28-year-old.