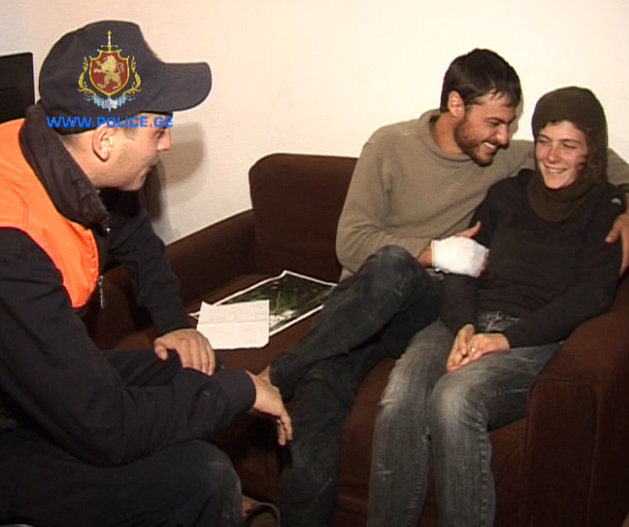 Two Israeli tourists who got lost in the mountains have been rescued. (police.ge)

TBILISI, DFWatch–Rescue workers have recovered two tourists from Israel who were lost for two days in a mountainous part of Georgia.

According to the Interior Ministry, the tourists were discovered in Mestia, Svaneti. They left from the village Janbeshi toward the village Adishi through the Ughiri pass, but due to bad weather they were unable to go on.

Rescue workers conducted a search operation for two days and went through 16 valleys and possible tourist routes. The tourists were found in a valley near the villages Adishis and Jabe. They wre both taken to Mestia. Their health condition is good.

“We lost the fast path. My wife couldn’t walk, she was too tired. So I decided to walk down. We got stuck for two days and we called for emergency,” one of the tourists says.

Rescue workers on Tuesday brought down the body of a dead polish climber from Mount Kazbek, 5 047 meters of high peak in the Caucasus mountain range.

According to the ministry, a report about the loss of the polish climber was made to the 112 call center on September 22. Rescue workers discovered the body on September 26 at 4300 meters height above sea level, but were unable to bring the body down due to bad weather.

The family of the climber has been informed about the discovery of the body.

Three Russian climbers were found dead in the Kazbek mountains in January 2013.