Two thousand villagers waiting to know when to move

Two thousand villagers waiting to know when to move 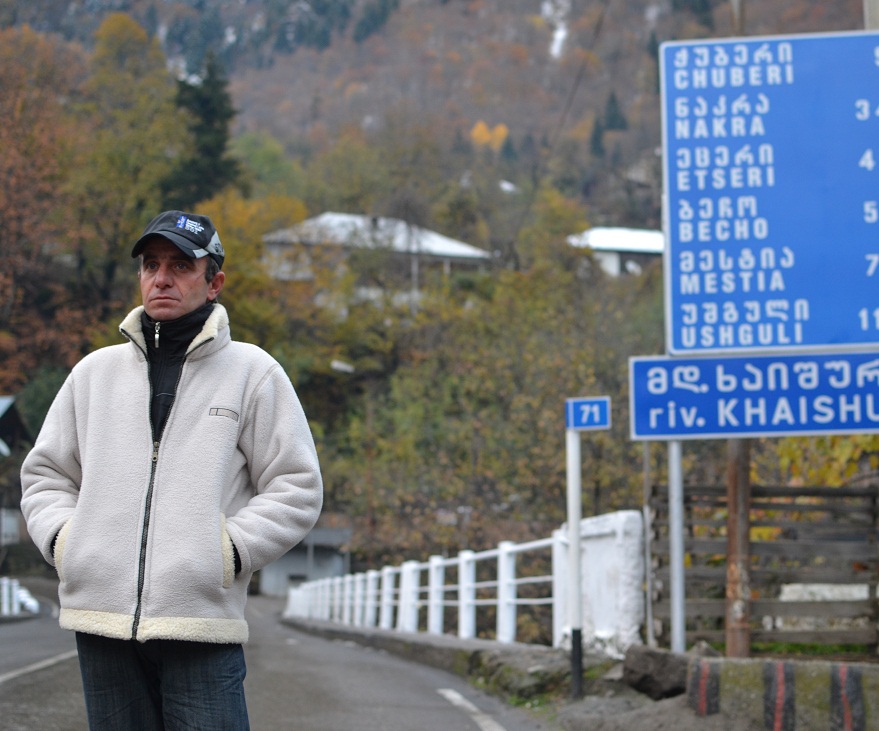 Khaishi will be flooded when the Khudoni dam goes into operation sometime in 2017. Most people in the village refuse to accept the compensation they are offered.

TBILISI, DFWatch – Villagers in Upper Svaneti are waiting for a report which is supposed to guarantee their forced resettlement follows a democratic process.

But the country’s energy minister said in December that no matter what the results are of the environmental and social impact assessment, the Khudoni hydropower project will be built.

Khudoni, or Khudonhesi as it is known in the Georgian language, is a project which was developed in the late Soviet era. It would harvest more of the energy in the steep valleys in Western Georgia which already harbors Europe’s largest hydropower dam, Enguri.

Popular protest stopped the project in the late 1980s, in which former prime minister Zurab Zhvania played a key role. There are concerns about the massive scale of the project, which will alter the microclimate of the area, as well as displace thousands of people.

In recent times, the project has been revitalized with support from the World Bank. But if international standards are to be adhered to, there must be an impact assessment. The company which has been tasked with building Khudoni has ordered such a report which is expected in late February or early March, according to David Chipashvili, project coordinator at the environmental organization Green Alternative.

Readers will easily find an impact assessment by searching the internet, but that is not what is in question now. The one available on the World Bank website was conducted years ago, before a contractor had been found. After the Georgian government signed a memorandum of understanding with the secretive company Trans-Electrica, a new impact assessment was required.

The whole process has been subject to harsh criticism because of the lack of transparency. Trans-Electrica is registered in the British Virgin Islands, a known tax haven, and the exact ownership of the company is not known.

According to Manana Kochladze of the environmental group Green Alternative there is normally a one to two year window between the impact assessment and the start of construction work. However, in at least one hydropower project in Georgia — Dariali — construction work started before such a report was finished, and in Khudoni, work is expected to start shortly after the report is finished.

The Georgian energy minister, which also has responsibility for environment after the Environment Ministry was all but dissolved one year ago, said in December that the Khudoni project will be built no matter what.

Teacher Zura Nizhiradze, a spokesperson for people in the village Khaishi which will be flooded, told DFWatch by phone that there are no signs yet of construction work yet.

As part of the agreement between Trans-Electrica and the Georgian Energy Ministry, the Khudoni power station will not pay any royalties on the energy produced.

Trans-Electrica bought the six hundred hectares of land for a symbolic sum of one dollar. This is a common practice for hydropower projects in Georgia, David Chipashvili explains.

The European Bank for Reconstruction and Development (EBRD) has not yet released the funding for Khudoni. Money from the EBRD is essential for the project to go ahead. Environmental campaigners therefore place some hopes in the EBRD to slam the brakes on before it is too late.

More than two thousand people will have to be resettled if the project goes ahead. That is more than a third of the population of Upper Svaneti, a region rich in cultural heritage. As DFWatch has reported earlier, the plan to resettled the villagers was worked out by an organization founded by Georgia’s interior minister, Vano Merabishvili.