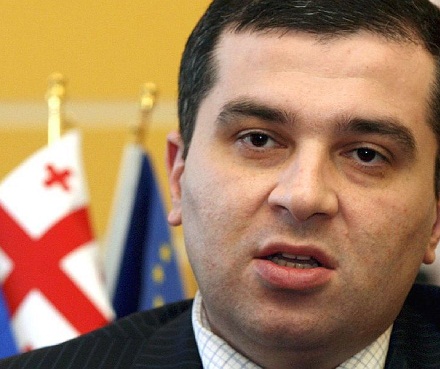 TBILISI, DFWatch – The Georgian speaker of parliament says lawmakers never rubber-stamp laws after receiving advice from the Council of Europe.

Davit Bakradze was responding to criticism from a think tank that the ruling party manipulated the legislative process by changing a law after it had been submitted to the Council of Europe for advice.

He said Friday: ‘after the commission’s conclusion, certain changes will always be made to the bill, because it’s an issue for review in parliament.’

Bakradze’s comments came as a response to statements by the CoE’s Venice Commission chair Tomas Markert, who says that the Georgian parliament voted over a version of a bill which is significantly different from the version they had seen.

During the parliamentary debate a completely new concept was introduced, that of ‘connected person’, which means someone who is connected to a political grop. There was also made an innovative change which made restriction which previsously only applied to political parties apply to private companies, organizations and even individuals.

At a January 26 press conference in Strasbourg, Tomas Markert said that the Venice Commission had not seen the latest draft of the changes in Georgia’s party financing law.

“We reviewed he bill in December and expressed our opinions regarding this bill. But later the same draft was voted over, and completely different changes were made to it and there are a number of additional restrictions in the new law,” Markert said.

The Georgian parliamentary speaker says that after the Venice Commission sent its recommendations, naturally, the bill goes through a parliamentary review process and changes will be made.