Two suspected of stealing oil from BP’s pipeline in Georgia

Two suspected of stealing oil from BP’s pipeline in Georgia 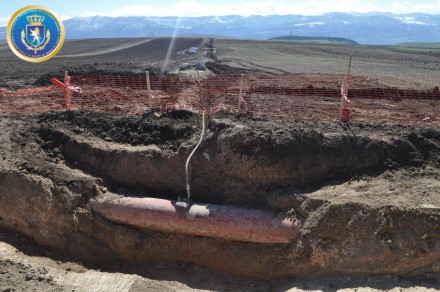 TBILISI, DFWatch–Two persons have been detained for allegedly stealing crude oil from Baku-Supsa Pipeline (BSP), which is used to transport Azerbaijani oil to Georgia’s Black Sea terminal and is operated by  British Petroleum.

The crime was systematic as the two stole oil for a long period of time, states Investigation Service of the Ministry of Finance of Georgia in a press-release issued on Wednesday.

In order to get access to the pipeline, the two constructed a 1 km long makeshift pipeline that connected the BSP to private facilities the suspects had in the village of Ruisi, in Kareli municipality, about 80 km west of Tbilisi.

The suspects installed an illegal tap on the pipeline and caused significant damage to it. With the help of the tap they got the oil systematically, and transported it by a truck to an old factory building on the outskirts of Tbilisi outskirts. During transport, the vats with the stolen oil were covered by vegetables.

At the factory on Tvalchrelidze Street, the oil was processed and then sold.

According to Georgian legislation the, the suspects face up to ten years in prison.