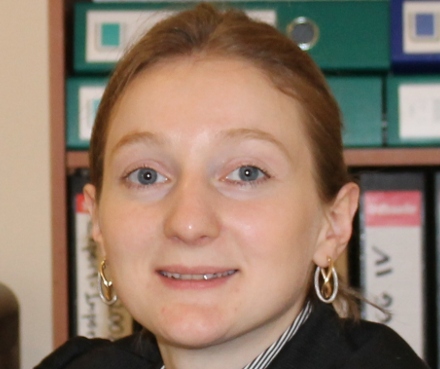 Twin deficit is a situation where a country’s economy is running two deficits at the same time: a fiscal deficit, and a deficit on the current account of the balance of payments. According to the twin deficit hypothesis, persistent fiscal shocks cause a deterioration of the government’s budget, which also worsens a country’s current account balance. Since excess government spending is also accompanied by excess private consumption, national saving is reduced making it necessary to borrow from abroad, and thus a fiscal deficit is accompanied by current account deficit.

It is believed that fiscal consolidation is necessary to correct the account deficit. Constant or long-term government deficit decreases national savings, which causes the current account balance to fall. In national accounting, a fall in national saving due to a government deficit translates – all other things equal – into a fall in the current account balance. This effect can be partially offset by private domestic savings, which Georgia lacks. At the same time, loosening fiscal policy raises interest rates which (with the resulting fall in public saving) may also crowd out investment. According to Mundell-Fleming model, when exchange rates are flexible, a fiscal deficit appreciates the currency of a country and thus domestic goods are relatively higher in price, crowding out net export.

In 2012, the government of Georgia further consolidated the budget and managed to reduce the fiscal deficit to 2.9% of GDP. As a comparison, the figure in 2009 was 9.2% – reflecting an expansionary fiscal policy stimulated through deficit growth. Since financial consolidation by a reduction in the budget deficit is crucial for macroeconomic stability, further reductions are planned to bring the budget deficit down to tolerable levels. The government plans to further decrease the fiscal deficit to 2.8% of GDP in 2013. The new government plans to make fundamental changes to the expenditure of various categories of the budget. Georgia’s elevated current account deficit is partially due to an appreciation of the exchange rate for GEL, which has caused a surge in imports and further deteriorated the country’s trade balance to -5465 million USD – equivalent to 25% of the country’s GDP, the highest recorded since 2007.

A key challenge of the process of fiscal consolidation in Georgia is to manage the pressure of social expenditure simultaneously providing adequate pensions for the aging population and social assistance to the poor. More is spent on pensions than any other social category, accounting for more than half of the total social protection expenditure. The World Bank states that the pension program will continue to be a heavy burden on the budget as long as the country’s rapidly aging populations continues to rely on the basic public pension benefit. The budget will face social expenditure pressures in the medium-term, and, therefore, without private saving for retirement, maintaining even the existing pension rates will lead to higher fiscal costs over time. As per their pre-election promises, however, the government plans to increase pensions in the near future. In order to address these challenges, policymakers should devise a retirement savings scheme, or identify financial instruments for long-term retirement saving.

According to a working paper by the European Central Bank, the relationship between fiscal policy and the current account changes depending on the ratio of government debt to GDP, because it affects the expectations of the private sector. The research concluded that in low and medium-debt countries where the level of state debt is up to 44% of GDP (as is the case in Georgia) the relationship is positive; i.e. an increase in fiscal deficit leads to a higher current account deficit. This presents a strong case for the government of Georgia to combat the current account deficit by consolidating its fiscal policy and thus reduce the burden on the state budget. The government should be cautious regarding excessive spending, cut non-priority spending and, most importantly, avoid increases in wages and pensions. Together with spending constraints, fiscal consolidation also requires the authorities’ commitment to enhancing the transparency, quality and efficiency of public spending.