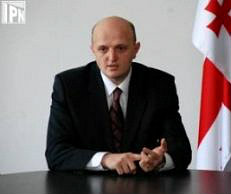 There were 59 candidates present at the session. Each candidate needed at least ten votes out of the 13 members of the council in order to be elected. 41 out of the 59 candidates were judges who have served out their term.

According to the new constitution, judges are appointed with a three year probationary period.

The 12 new judges were selected through a secret ballot.

Kote Kublashvili, Chairman of the Supreme Court, was dissatisfied with the results and said that at least 20 new judges are necessary due to the number of court cases, and now trials may be delayed.

“Considering the number of court cases we at least needed 20 new judges. Unfortunately, only 12 new judges were appointed and due to our necessities I can assure you this is a bad result, not just bad but extremely bad result,” he said after announcing the results.

He said they will now try to distribute these 12 new judges to ongoing cases where they are most needed.

“This may have difficult results and the cases may be dragged out in time. There are too few judges,” he continued.

There are currently 242 judges in courts of all three instances in Georgia.