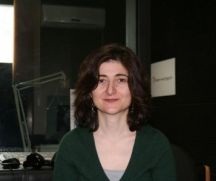 TBILISI, DFWatch – An independent TV studio in Georgia had its offices robbed, and suspects political reasons.

Studio Monitor, which makes investigative reports for Maestro TV, was subject to a break-in on July 22.

Its main work deals with producing documentaries about human rights violations, corruption, and conflicts of interest.

One of its journalists, Salome Tsetskhladze, says her colleagues cannot finger anyone, but nothing is excluded. The employees of the studio are waiting for the results of investigation.

A group of lawyers helping the studio has requested a rapid and effective investigation.

Tsetskhladze told DF Watch the staff for the time being is trying to continue working with equipment that a friend gave them.

The archive is also lost, including footage for ongoing and future investigations, as well as memory chips.

The Journalistic Ethic Charter says that the robbery of Studio Monitor is a hard blow to independent media.

Georgian Young Lawyers Association (GYLA) claims that Studio Monitor is an exception, which makes journalistic investigations, that means that it has a special meaning for society. GYLA’s Media Legal Defense Center believes that it’s very important to begin a rapid and effective investigation to give back to journalists the lost footage and equipment.