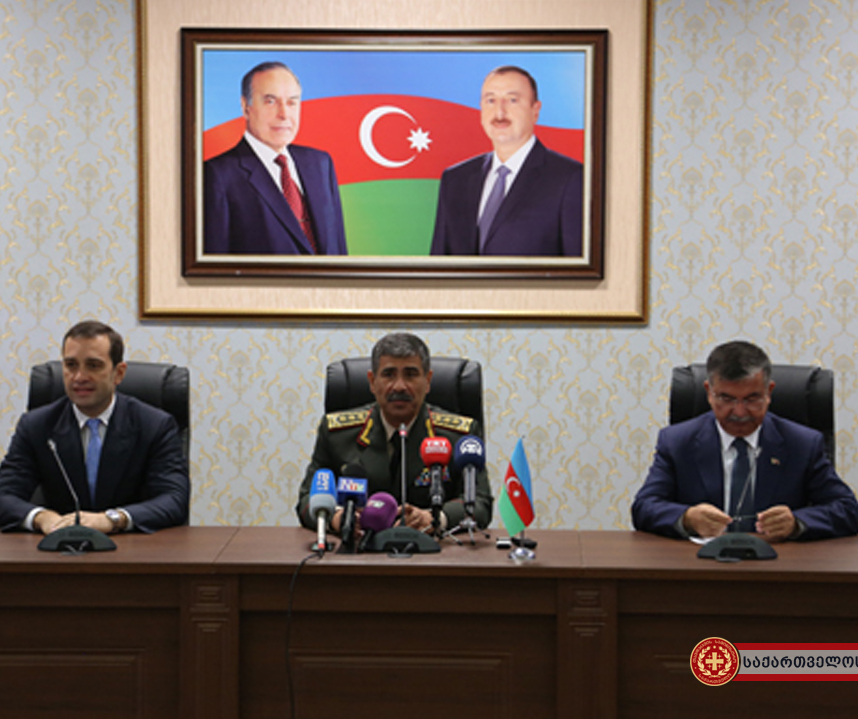 TBILISI, DFWatch–The defense ministers of Turkey, Georgia and Azerbaijan met Tuesday in the Azerbaijani enclave Nakhchivan, a landlocked region on the border between Armenia and Iran.

This is the first time defense ministers from the three countries hold a trilateral meeting but the presidents of the three states met in Tbilisi a few months ago.

“We had very fruitful discussions on security and defense issues related to the critical infrastructure that is shared by these three countries and which are very integral to the economic development and well-being of our nations,” Alasania said after the meeting.

Contact.az quotes Hasanov saying that they decided to hold joint military exercises for service members from the three countries in order to ‘increase combat capability and compatibility, tripartite organization of military-technical cooperation, and military education.’

“The parties will hold a special tripartite doctrine to protect the oil and gas infrastructure, and a meeting of experts of the three countries,” said Hasanov.

The three focused on joint efforts to protect strategic energy-transport infrastructure in the region.

During the discussion, the parties decided to hold such meetings on a regular basis every six months.