Georgia’s light infantry Battalion #31 has just left for Afghanistan. It consists of 749 soldiers and will replace Battalion #33. The troop Georgian replacement takes place within the framework of the ISAF (International Security Assistance Force) operation in the country.

The Georgian peacekeeping battalion will carry out its mission alongside American troops in Helmand province. They will be involved in an operation together with US marines which will last for six months. This is the second troop replacement for battalion #31.

According to Georgia’s Defense Ministry, the battalion has had a six-month intensive pre-deployment training before participating in the peacekeeping operation. The Georgian soldiers were preparing for the operation under the the guidance of the United States’ Marine Corps Training and Advisory Group. They studied defense, requisition, clearance and containment, as well as convoy operations, evacuation procedures of the wounded and relations with leaders and inhabitants.

Since April 2010 Georgian troops’ third infantry brigade’s battalion #31’s 749 soldiers has been stationed in Helmand province in Southern Afghanistan, according to the Ministry’s official data. The battalion has been performing the full spectrum of operations with the support of US troops.

Battalion #32 was replaced by third infantry brigade’s battalion #32 during November 2010 by what’s called a rotation principle. Since April 2011 Battalion #33 had been continuing the peacekeeping mission in Helmand province. Light infantry Battalion #31 will replace #33.

Georgian troops have been actively involved in peacekeeping operations since 1999. It started with the Balkans, and Georgians later served in the Persian Gulf and Afghanistan.

The first peacekeeping platoon consisted of 34 soldiers and took part in the peacekeeping operation in Kosovo from 1999. They served in the Turkish battalion located in Mamusha city. Since 2003, Georgia has had one company, numbering 150 soldiers, in Prizren in the German brigade. In March 2008 the Georgian peacekeeping contingent left the Balkans.

In Iraq, the first medical group with its 70 military medics, and the engineer platoon left for a peacekeeping mission in Tikrik city in 2003. The number of military personnel in coalition forces increased to 300 in 2004 and since 2005, 850 soldiers has continued performing this peacekeeping mission.

Two years later, in July 2007, 2000 military servicemen of the third infantry brigade has been with the peacekeeping mission in Iraq’s city Al Kut in the Vasit province, following an initiative from president Saakashvili which received approval in parliament. 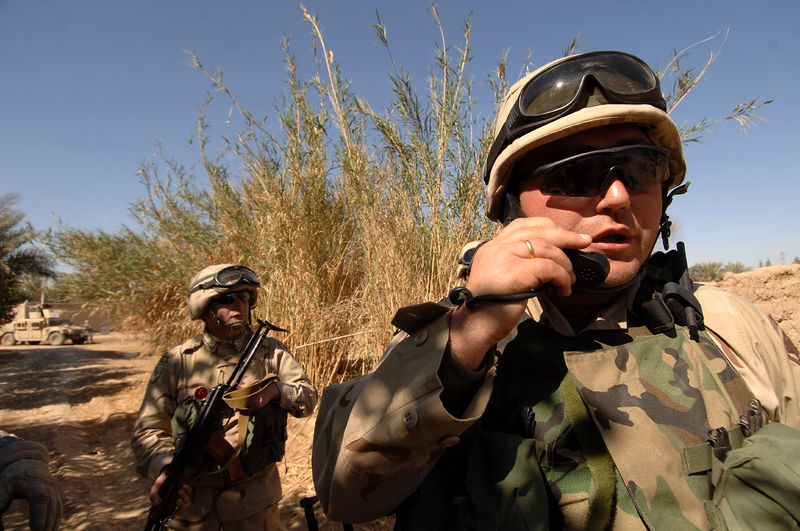 In January 2008, the first infantry brigade replaced the third infantry brigade. 1500 brigade personnel of the peacekeeping mission were deployed to Delta base in Vasiti province, 350 to base Clear and 150 troops in Baghdad.

Soldiers from this unit, the first infantry brigade in Iraq, were returned home in August 2008, but too late to play a role in the war with Russia.

50 Georgian soldiers participated firstly in 2004 in NATO-led ISAF military operation in Afghanistan. Their task was to provide security in connection with the presidential elections.

Georgian doctors together with a Lithuanian province contingent reconstruction team carry out a peacekeeping mission in Chagcharan with a six month rotation term.

The first Georgian peacekeeping company began peace keeping mission in November 2009 with a French contingent team in Kabul to provide security for the regional command headquarters.

Another Georgian peacekeeping mission is as military instructors serving in Kandahar province alongside a French contingent.

Georgia’s Ministry of Defense does not have the data on how many military personnel have died in total while participating in peacekeeping missions. Giorgi Tavdgiridze, a military analyst, says that the number of dead in Afghanistan are approximately ten. He thinks it’s important to participate in peacekeeping operations.

“The soldiers obtains field experience while participating in international missions and they are ready to cooperate with NATO’s or other partner countries’ army. This is very important for our country, because external pressure provides our external security. Therefore, our participation is directly proportional to the fact that NATO and the West in general exerts pressure on Russia,” Giorgi Tavdgiridze says.