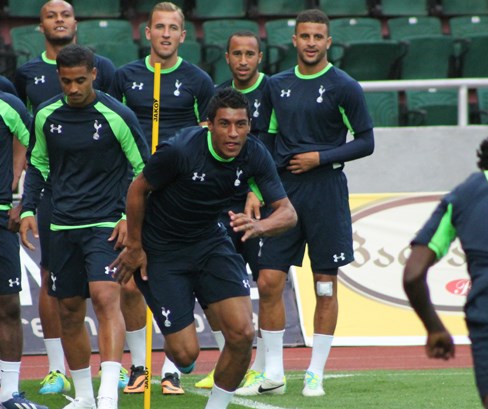 The London team arrived in Georgia on Tuesday and left the airport without comment. Practicing matches were held at Dinamo stadium.

The match is part of the UEFA Europa League play-off. The teams will meet again on August 29 at White Hart Lane in London.

The two teams answered questions from the media at a press conference together with their coaches the day before the match.

Football player Irakli Dzaria said Dinamo will have to play against one of the best teams and they are training hard as ‘Tottenham arrived in Tbilisi to win’.

“We will try to make our fans happy on Dinamo Arena,” he said.

André Villas-Boas of Tottenham said he hasn’t prepared any tactics yet but they will decide what tactics they will use after the training. He said he has watched Dinamo’s matches and ‘studied them well’.

Younes Kaboul said he hasn’t heard much of Dinamo, but he believes there is no weak team on this level of matches.