Torture videos will be shown in closed screening

Torture videos will be shown in closed screening 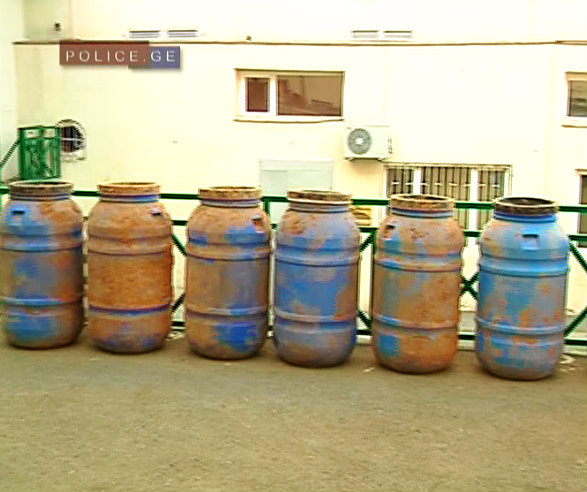 The tapes were found along with weapons, explosives and drugs inside these plastic barrels. (Police.ge.)

TBILISI, DFWatch–The Interior Ministry in Georgia Thursday will hold a screening for media leaders of newly discovered videos of torture and rape, but filming will not be allowed.

A few dozen people will be shown the tapes which were discovered in a buried weapons cache dug up in the western Samegrelo region last week, containing videos of rape and torture.

June 19, the ministry showed the videos to foreign diplomats, who left without making any statements for the media. Today the footage will be shown to representatives of NGOs and heads of media outlets, but TV cameras will not be allowed.

The Interior Ministry once again made it clear that they do not plan to publish the videos.

Nine persons have been detained or are being searched for in connection with the videos. Among them are former Interior Ministry officials, including Megis Kardava, who is subject of an Interpol search effort.