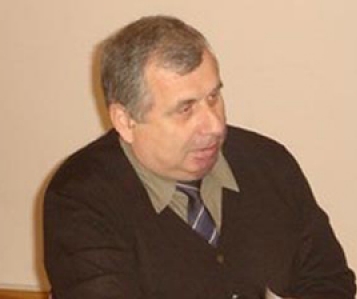 TBILISI, DFWatch–Stanislav Lakoba, Secretary of the de facto Security Council of Abkhazia, who is in the de facto government for years and is known for having anti-Georgian views, has been fired.

The document about firing Lakoba doesn’t state any reasons for the decision, but Lakoba sees it as related to his political position.

He told local media on Tuesday that he had had a disagreement with Ankvab over the issuing of passports to the local population and says he thinks the reason for his dismissal is ‘clear’ but that it is not beneficial to indicate the reason.

Lakoba was secretary of the region’s Security Council under former de facto president Bagapsh, but resigned in 2009.

“This is not the first time I’m in this type of situation, but I always used to leave without any words,” he told journalists. “Very few know what was happening at the Security Council in August 2009.”

He said he was against the mass issuing of passports to the Abkhaz population.

“Who are those Galil people, who want to integrate in Abkhaz society? They are a few hundred pensioners who wanted to receive Abkhazian pension. They are students who study at the Abkhaz State University and people who serve in the Abkhaz army,” he continued. “By the way, they served in th eAbkhazian army, studied at our university, but they didn’t have Abkhazian citizenship and passport. I was saying that they shouldn’t be registered and [we should] not implement massive passportization.”

Gali is a territory which borders with Georgian-controlled territory populated by ethnic Georgians. The de facto government has organized a virtual apartheid society in the area.

Lakoba claims that according to data from the so-called Security Council, 129 local people in Gali fought against Abkhazia. He thinks that giving Abkhazian ‘passports’ will harm the ‘republic.’

Lakoba also says that October 23, the chairman of the administration of the de facto president came to him and offered him to resign or go on vacation, because the president cannot work with him.

Local political parties and the coordination council of civil organizations expressed concern about Lakoba’s dismissal. They claim that by dismissing him, the president made an illegal process legal – giving Abkhazian passports to Georgian citizens.