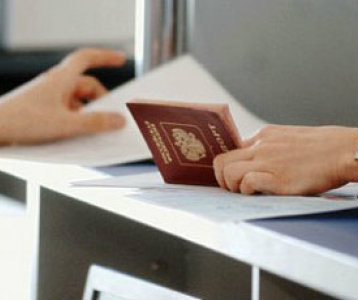 TI Georgia’s new report, which was presented at Holiday Inn Hotel in Tbilisi, contains recommendations which the organization plans to submit to parliament.

The new visa regulations came into force on September 1, and involved canceling visa free travel for citizens from 14 countries. These and other regulations have created problems for many foreigners living in Georgia, as previously reported by DF Watch.

After complaints and criticism, the government decided to modify the new rules and allow foreigners who who arrived before September 1 an extended deadline until March 1 to put their documents in order without having to go back to their country and go through the embassy procedures.

But this amendment didn’t change much, according to TI Georgia, based on a meeting with about 100 foreigners to listen to their problems. They found four main areas of concern: visa issuing authority, the conditions for obtaining residence permit, the period of stay in the country and the number of countries which had visa-free travel rights cancelled.

When the government amended the legislation, the argument was that regulating the immigration policy was required by the signing of the association agreement with the EU and the visa liberalization action plan.

“It would not be correct to argue that the EU asked Georgia to adopt such regulations,” the report reads, “The discretion of regulation was fully within the hands of the Georgian authorities, and, certainly, it is the one to bear the responsibility for creating the unreasonable bureaucratic barriers”.

The authors believe that the shortening of the list of countries whose citizens enjoy visa-free travel to Georgia was ‘unreasonable’, as no explanation was given for why leaving out these countries from the list.

Among other problems are the low number of foreign diplomatic missions abroad: only in 58 countries. It is impossible to fill in the application online, and there is no good mechanism for appealing a denial of residence permit. (http://transparency.ge/en/blog/challenges-new-immigration-policies-georgia)

See the video made by TI Georgia where foreigners speak about the problems they have experienced because of the new visa regulations: http://youtu.be/7v28ecTG0UA