Three prison staff out on bail in Kortava case

Three prison staff out on bail in Kortava case 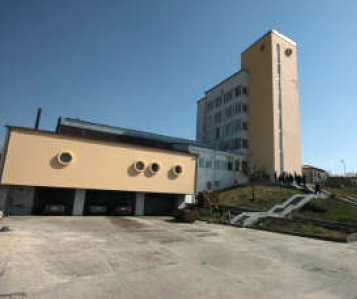 The court building in Kutaisi. (Interpressnews.)

TBILISI, DFWatch–Three prison staff suspected of wrongdoing in connection with the death of a prisoner in a town in western Georgia were Saturday released on bail.

They are suspected of having caused the death of Levan Kortava, a prisoner who died from head injuries on May 23.

The official explanation was that he was injured during a conflict with other prisoners. The police started working on the case August 3.

August 5, the City Court in Kutaisi placed the three prison staff in pre-trial detention. Their lawyers appealed the decision.

Relatives of Levan Kortava are dissatisfied with the appeals court’s decision and say the investigation does not aim to punish the guilty.

“I want everyone involved in the murder of Levan to be severely punished. All of them must be punished, including the director, his deputies and other puppets. The prisoners too,” the aunt of the deceased told Interpressnews.