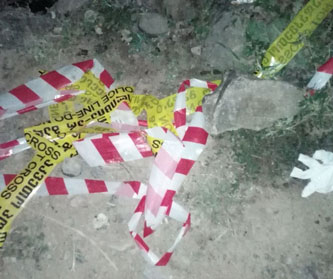 TBILISI, DFWatch–Three men were killed Thursday night near Adigeni in southern Georgia. The suspect is a local public registry official.

A brother of one of the three murder victims was also injured. The killing took place in the village Karatubani, where there was a party to mark the religious celebration Mariamoba.

According to local online newspaper Sknews.ge, the three were murdered at about 22:00 on one of the roads in the village.

Locals say the youth were at a party, after which they went to Adigeni to drink beer. While under the influence they became involved in a dispute with a man, who called his father. The latter came to the place and and shot the three boys.

“He had a registered hunting rifle, which fits seven bullets, none of them were left. He shot all. First in the feet then in the head,” Sknews quotes witnesses.

The suspect was detained by the police the same night. Now the police are protecting the houses of the families of victims.

The injured, Beka Narimanishvili, is in hospital with wounds to his feet and neck.

The Samtskhe-Javakheti police department is investigating the case as purposeful murder.