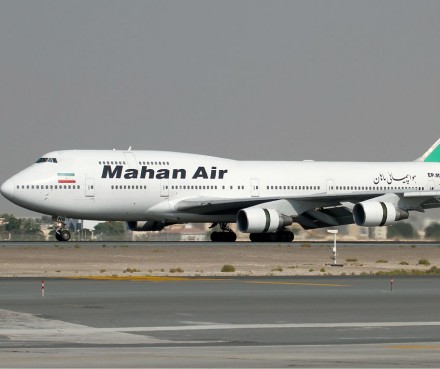 TBILISI, DFWatch–Three Iranian airlines will enter the Georgian market in February and March, according to the airport operator TAV Georgia.

The company announced that regular flights between Tbilisi and Tehran will be launched in the end of February.

TAV Georgia, which is operator of Tbilisi and Batumi airports, is continuing its negotiations with three of the largest Iranian airlines; Mahan Air, ATA Airlines and Qeshm Airlines.

According to a short note issued by TAV on Tuesday, ATA Airlines plans to get back into the Georgian air travel market from the end of February, while Mahan Air and Qeshm Airlines will likely have regular flights between Tbilisi and Tehran from March.

TAV Georgia is a subsidiary of the Turkish company TAV Airports Holding and entered the Georgian market in 2005. Its contract lasts until 2027.

When Georgia abolished visa free rules for Iranian citizens in 2013, the number of visitors from Iran went down 44 percent the following year and continued to fall in 2015, when there were 70 percent less Iranians visiting Georgia than in 2013.

The sanctions against Iran were eased in January, 2016, reopening access to frozen accounts abroad holding about USD 100 billion and lifting an embargo on oil exports and foreign investments.