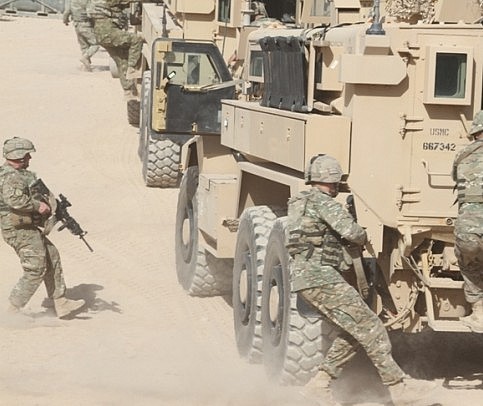 TBILISI, DFWatch–Three Georgian soldiers were injured at a military base in Bagram, Afghanistan, as a suicide bomber blew himself up while the Georgians were patrolling the area.

The Ministry of Defense said the health of soldiers is in no danger. They were taken to the hospital in Bagram are receiving proper medical treatment.

29 Georgian servicemen have died while in Afghanistan, all of them in Helmand province. According to the most recent data, more than 430 have been wounded since 2010.

June 6, 2013, seven Georgian soldiers died when a suicide bomber blew up a truck full of explosives near the Georgian military base in Helmand.

From January 1, 2015, Georgia will reduce the number of troops to 700 and they will be serving in non-combat missions in Afghanistan.