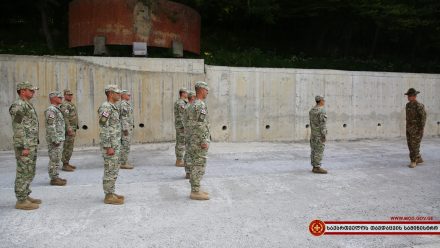 TBILISI, DFWatch–Three members of the Georgian military were wounded, and two slightly injured after a physical confrontation at the Kojori military base in the vicinity of Tbilisi overnight.

The three received stab wounds with knives that were not military issue, MoD said. They are being treated at the hospital. Their wounds are not life-threatening.

Two others were hospitalized but have already been released.

The incident occurred at the non-commissioned officer (NCO) training center in Kojori, about 10 km south of Tbilisi. The conflict is presumed to have started as a verbal confrontation.