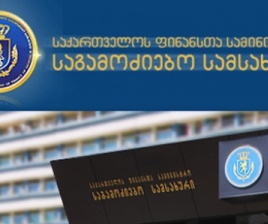 The investigative service is a body under the Finance Ministry tasked with exposing financial crimes. (Interpressnews.)

In a statement, the investigative service says the three aimed at not paying taxes when importing goods to Georgia.

The scheme was built around a tax excemption Georgia offers for companies owned by socially vulnerable or elderly people. The charges are that the suspects instructed several people to register a company for them.

Then they imported a large amount of tar sands to Georgia from Iran in the name of this company and avoided paying taxes during customs clearance.

If convicted the three may face from four to six years in jail.