Threats to the Russian NGOs: Institute of ‘foreign agent’

Threats to the Russian NGOs: Institute of ‘foreign agent’ 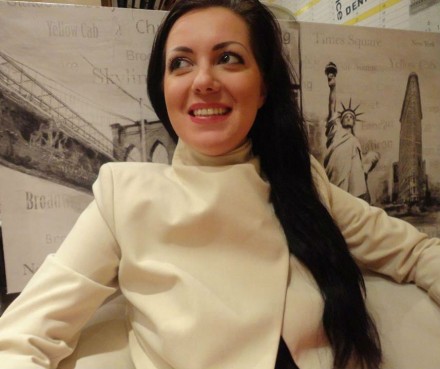 Campaign of the Russian authorities to ‘reveal’ and include in the special ‘foreign agents’ registry of non-governmental (NGOs) organizations, has been accelerating exponentially.
After two and a half years of introducing the law, there are over 90 NGOs in the list, and 70 percent of them included during the last six months.
The humiliating term ‘foreign agent’ was introduced into the Russian legislation in July, 2012. The term in Russian has an extremely negative connotation, and for the people, who are not well aware of the legal terminology, this does mean practically the same as ‘foreign spy’.
According to the law, there are two grounds for inclusion of an NGO in the list of organizations ‘carrying out functions of the foreign agents’: receiving funding from abroad and carrying out political activities in the Russian Federation.
However, actually most organizations included in the list are active in protecting human rights, solving ecological problems, carrying out educational programs and analytical research, enhancing social services, protecting victims of discrimination, fighting corruption and exercising watchdog activities on the public funds.
Only seven organizations, or 6 percent, voluntarily declared themselves as ‘foreign agents’.
At least 13 NGOs have already fallen victim of the law, five dissolved themselves voluntarily, while other eight are now facing the same fate, including Vikhod, LGBT right protecting group, and Memorial.
Other 21 NGOs were fined for failing to self-register as ‘agents’ and 15 appealed the Russian authorities’ decision to the European Court of Human Rights in Strasbourg, France.
If you look at the practice of the authorities, it would be clear that actually all kinds of civil activism might be attributed to the political activity. For instance, the reason for the recognition of NGOs as ‘foreign agents’ might be participation in discussions and round tables, publication of information on the activities of the organization in the media, critical analysis of the current legislation, participation in the drafting of laws, protecting rights of different groups, participation in public actions, working on the reforms even when carried out together with government agencies, collecting and disseminating environmental information, and even participating in the bike ride.
Derogatory label of ‘foreign agent’ aimed at reducing the level of civil initiative of the Russian society. This is the wrong way to curtail the democratic achievements of society, which in everyday life hinders civil activism to apply internationally recognized standards of freedom of speech and to carry out public associations, without fear of a new wave of pressure from the state.
As seen, the way out of this situation is the abolition of the concept of ‘foreign agent’ in Russian legislation, establishment of a real dialogue between the civil society and the state, and return of democratic institutions in the Russian society and the state.
Maria Kanevskaya is Russian civil society activist and human rights lawyer based in St-Petersburg. At the moment she serves as director of the NGO Lawyers’ Club, where she has been working since 2014. However, a major place in her career is occupied by the Human Rights Resource Center that she founded in 2008 and has managed as its director until recently. Currently, this organization is being closed by the Russia’s authorities that qualified it as a foreign agent.