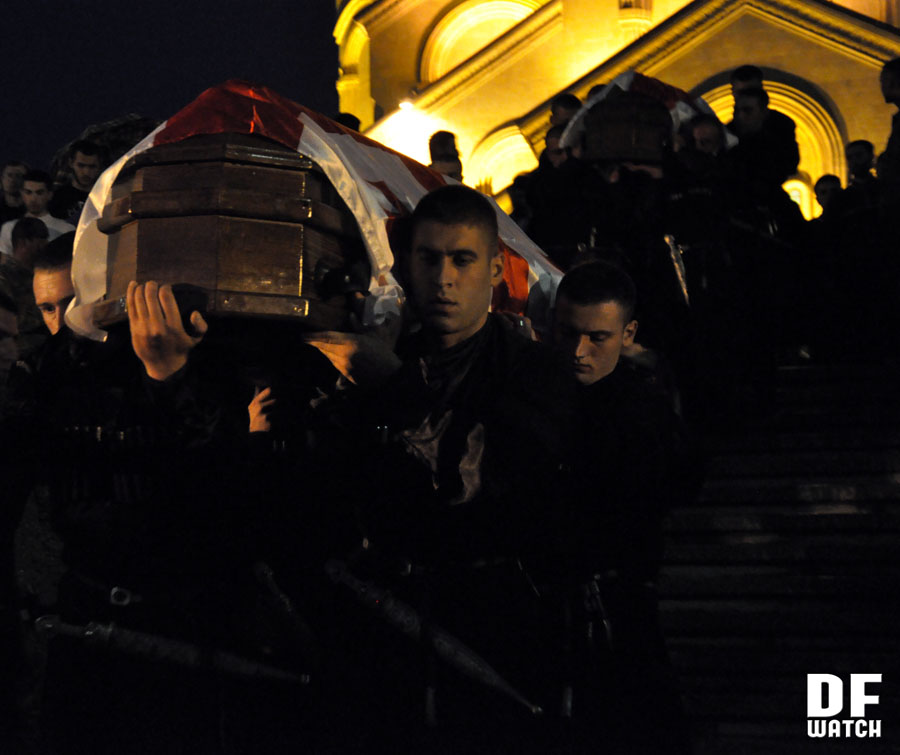 TBILISI, DFWatch–Sunday, thousands of people attended the funeral of the seven soldiers who died in Afghanistan.

Patriarch Ilia II conducted the funeral which took place at Sameba Cathedral in Tbilisi. The prime minister and almost the entire government were present during the service and expressed their condolences to the families of the soldiers. The president also came, as well as members of parliament and US Ambassador Richard Norland and his wife.

Defense Minister Irakli Alasania and President Mikheil Saakashvili stayed until the end of the ceremony.

“We remember our heroes and their service for their homeland will never be forgotten and we Georgians and Georgia proudly stand in the line of states which fight against terrorism, against violence,” Speaker of Parliament Davit Usupashvili said.

Ambassador Norland also expressed his condolences to the Georgian people who he said are not alone in their grief. He also said that Georgia’s sacrifice will not pass unnoticed.

Thousands of people were crowding outside to be let in to personally express their condolences to family members, who were sitting inside the cathedral during the ceremony.

When the bodies were brought out of the cathedral, the crowd followed after until they were placed into cars. Many of them, including soldiers were crying. All seven were brought to their home regions in Karaleti, Gori, Rustavi, Martkopi and Dzegvi on Sunday night.