Third party Patriot Alliance is 244 votes from getting into parliament

Third party Patriot Alliance is 244 votes from getting into parliament 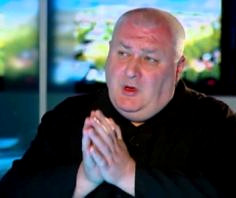 TBILISI, DFWatch–Alliance of Patriots is out of parliament, after it seemed for a few hours it had succeeded in surpassing the minimum threshold.

At 3pm, the Alliance was at exactly 5 percent, and seemed qualified to get representatives into the new national assembly as the third party, behind Georgian Dream at around 49 percent and the National Movement with 26 percent. But the margin was small: only 17 votes.

At that time, the total number of votes counted was 1,447,885, which means that in order to surpass the five percent threshold, 72,395 votes were needed. Patriot Alliance had 72,412, according to the CEC results webpage.

But four hours later, CEC updated its figures, and to the detriment of Patriot Alliance, they now had fallen slightly below the threshold, at 4.99%, and no longer qualified.

The total number of votes cast was 1,752,693, which meant that to surpass the five percent threshold, a party had to have at least 87,635 votes. Patriot Alliance had at that point 87,391 – a mere 244 too few to be represented in parliament for the next four years.

As the remaining half percent of votes are being counted, there is a slim chance that the party may still get above the threshold: If it garners a very high share of votes in the remaining batch of ballot papers.

But in the more likely scenario, it is out of parliament and Georgia will only have two parties represented in its national assembly for the next four years: Georgian Dream and National Movement.