The United States and Georgia: Freedom is in the Interest of Both

The United States and Georgia: Freedom is in the Interest of Both 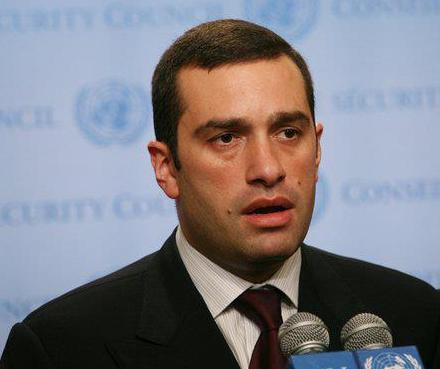 When President Obama sits down with his Georgian counterpart Mikheil Saakashvili on Monday, the conversation they have will take but a small part of the busy and beleaguered American leader’s day, but could have far reaching consequences for Georgia, writes Irakli Alasania, leader of the Free Democrats Party and Georgia’s former United Nations ambassador.

It could provide another look at what in the United States is the often-debated question about the respective roles played by their interests versus their values in world politics. Both America’s values and interests would be well-served were Obama to speak firmly to Saakashvili about taking a more democratic stance in the run-up to parliamentary elections here later this year.

It is hard to overstate the importance of the United States to Georgia. The road that leads from the airport into the capital city, for instance, is called George W. Bush highway, a sign of tribute Saakashvili paid to Obama’s predecessor. Any pronouncement from Washington dominates the headlines here for days. We consider the United States as playing a critical role in our country’s security, especially in the context of  20 percent of occupied territories by the Russian Federation less than four years ago.

Just as we face threats from beyond our borders, though, there is another challenge from within that is stifling our natural love of freedom today.  That threat is the unyielding monopoly on power that Saakashvili and his political party exercise in all aspects of Georgian public life.  More than 80 percent of the current parliament is controlled by his party.  All television stations with national reach broadcast a pro-governmental message.  The top-down order Saakashvili has created often shows itself in ugly ways. Earlier this month, 15 youngsters were beaten at a public concert for saying the name of an alternative political leader.  In its annual report this year, Human Rights Watch included Georgia among the 90 countries in the world requiring special scrutiny and called out the current government for its lack of accountability on multiple fronts.

Georgia was not always this way.  Our 2003 Rose Revolution, which incidentally brought Saakashvili to power, was mainly a public outcry against the fraudulent elections that were held under his predecessor, Eduard Shevardnadze.  The successive government has accomplished some things during its eight years in power, such as stamping out low and mid-level corruption.  Unfortunately, high-level corruption has thrived.  The once-reformed police force now contribute, unwillingly in most cases I believe, to mounting fear in our society.

Today the opposition is Georgia is maturing, uniting and gaining momentum.  I have joined forces with Bidzina Ivanishvili, the philanthropist who financed many of successful reforms early after the Rose Revolution, and Georgia’s Republican Party, which has long advanced a principled plan for making the rule of law here a reality. We are preparing for a whole-scale change in the way we approach politics, but not all of the change can come from us. While Saakashvili spends this week lecturing on his innovations to democratic change at venues from California to Washington, back here his enforcers crack down on opposition activists with chilling efficiency. Truly moving Georgia forward is hinged on our having the space we need to restore our democratic values.

The United States and Georgia enjoy a strategic partnership, and the charter governing that relationship, launched in the aftermath of the 2008 war, will inevitably be discussed when the two heads of state meet on Monday.  This charter includes a number of important points about international affairs, trade, our contributions to the ongoing NATO operation in Afghanistan and other serious issues.  The most timely among all the issues that Obama and Saakashvili will discuss, though, pertain to human freedoms within Georgia today.  If we are able to better secure these, I have little doubt the other issues of mutual concern can be addressed with less tension, and greater ease.

America has long struggled with the question about interests versus values, and often through creativity, they have found means to accommodate the two.  Where Georgia is concerned, how these two relate is critical.  The interests of our enduring friendship in the future depends in large part on the American president speaking sternly about values – like accountability, tolerance, and freedom – when he sees Saakashvili on Monday.  After all, a freer Georgia is a stronger partner to America and the real test of this will come in our October elections.

Irakli Alasania heads Georgia’s Free Democrats, a political party.  Previously he served as his country’s Permanent Representative to the United Nations from 2006-9, before resigning in protest to the current government’s execution of the August 2008 war with Russia.