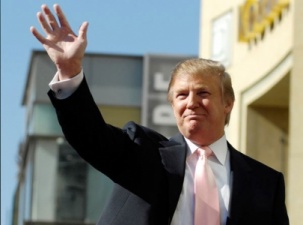 TBILISI, DFWatch–U.S. President-elect Donald Trump has decided to extricate his business from potentially conflicting relationships before he moves into the White House by revoking a licensing deal for a hotel in Georgia and its neighbour country Azerbaijan, the consortium’s lawyer Alan Garten told the Associated Press on Friday.

Garten said the president-elect’s company sent a default notice earlier this month to the developer because it had not lived up to terms of the licensing deal, a move he described as typically a first step to cancelling a deal.

He further emphasized that the developers involved in the Trump Organization’s projects both in Azerbaijan and Georgia involved or were associated with people tied to politics, partnerships that could have raised problems once Donald Trump becomes president.

Trump visited the Black Sea port city Batumi as a businessman in spring 2012. During his stay there, he inaugurated beginning of a project to build the first Trump Tower in the South Caucasus region, together with then president Mikheil Saakashvili.

But the plan to have a Trump Tower in Batumi was shelved when Saakashvili lost power in fall of the same year and the new Georgian Dream government, led by Georgian billionaire Bidzina Ivanishvili, set its foot down.

Ivanishvili openly accused Trump and Saakashvili of fraud. “Of course the whole story of Trump investing in Georgia is a total joke. He never invested in Georgia and everybody knows that it is false. They are both using this scheme to play a trick. Trump was interested in making some money and Saakashvili, as a skilful liar, used this opportunity to his advantage,” Ivanishvili said.

Saakashvili wrote on his Facebook page on Saturday that if Ivanisvili had let him complete the project, Batumi would have had a Trump Tower today.

“The delay of the project was a totally wrong decision by the Russian oligarch Ivanishvili, who called Trump and me cheaters and swindlers,” Saakashvili said.

Trump has stakes in about 500 companies in more than 20 countries around the globe, though many of the foreign ventures involve him just lending his name to buildings owned by others.