The revolving doors of Georgia’s politics and business

The revolving doors of Georgia’s politics and business 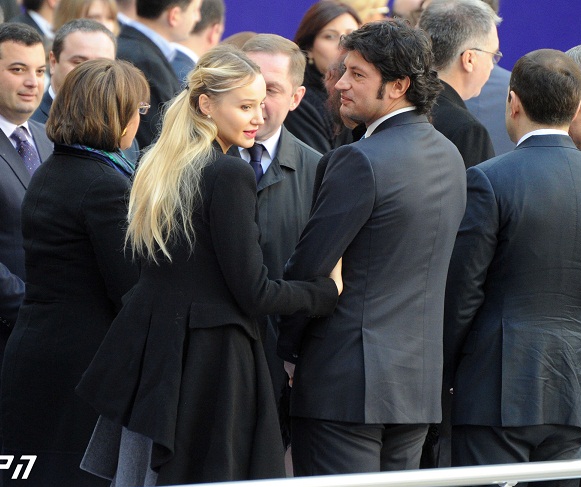 Kakhi Kaladze (pictured) was involved in at least three companies in the energy sector before he became energy minister, according to TI’s report. (Interpressnews.)

TBILISI, DFWatch–Business and politics are tightly connected in Georgia, according to a new report by Transparency International.

The organization claims that some wealthy businessmen have been elected to the Georgian parliament and some members of the executive branch have direct or indirect ties with business.

The new report was one of several presented at a conference called Inside the Anti Corruption Week 2013, organized by TI.

In the report presented on December 4, TI focused on the revolving door phenomenon: the movement of officials between government and the private sector.

Irakli Urushadze, representative of TI said, that revolving door is a new subject not only in Georgia, but in the West too.

“This kind of movement between the sectors has increased in the last decades, as the diving line between the public and private sectors is becoming blurred. Nowadays, revolving door is one of the sources of corruption,” Urushadze said.

“Prior to this nomination, Kaladze had a direct or indirect stake in at least three companies operating in the energy sector (Kala Energy and Natural Resources, SakHidroEnergoMsheni, TOT Energy) meaning that he had commercial interests in the field that he was expected to oversee in his public office,” TI’s report states.

Since the 2012 parliamentary elections, 19 ministers or deputy ministers out of 69 had direct or indirect ties with business, some of them had conflicts of interest too.

Irakli Chikovani, former chairman of the Georgian National Communications Commission, retained commercial interests in this sector that he was supposed to oversee while in office.

Law enforcement agencies did not investigate alleged offences committed by companies connected with parliament members Rusudan Kervalishvili and Davit Bezhuashvili while they were members of the parliamentary majority.

“This processes need regulations that aims to decrease the dangers of corruption, not forbid the movement between business and government. Revolving door is an inevitable process that will become a problem if public institutions are under the influence of commercial interests and officials use their power for their own benefits,” Urushadze said.