The new political centre and the new chance

The new political centre and the new chance 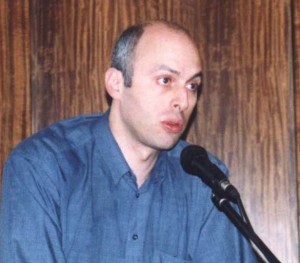 The autumn of 2011 was marked with increased political activity in Georgia. It would not be an exaggeration to say that a wealthy Georgian businessman Bidzina Ivanishvili’s emergence on the Georgian political scene as a major opposition figure was widely regarded in Georgia as an event of the same magnitude as the Russian-Georgian war of 2008. The fact that Ivanishvili, a businessman turned politician, has suddenly become a focus of media spotlight and heated public debate – no matter what people think of his actions – speaks for itself.

How he is characterised by supporters and opponents is another thing. Part of his supporters view him as a “savoir” of the nation. According to others, his emergence signals the arrival of a new type of leader. For the opponents he is a Russian spy, a cunning enemy on a mission to ruin Georgia, a smart crook and, at the same time, a stupid and narrow-minded man. Besides, parallels are often drawn between Ivanishvili and another Georgian oligarch, Badri Patarkatsishvili, who led the opposition in previous years.

It is obvious, however, that the rise of Bidzina Ivanishvili’s political activity has certainly disrupted the one-colour (rose) political idyll in Georgia. There is a broad consensus in Georgia (reflected in public statements or private conversations) nowadays that Ivanishvili is a new real political force capable of seriously challenging the governing elite.

The question is whether there is any, if at all, similarity between the current events and past political tensions that took place in Georgia in post-independence period. Every political crisis Georgia saw in the last two decades – 1991-92 coup and the following civil war, confrontation between Citizens’ Union and Revival Party in the 90s of the past century, or the 2003 Rose Revolution – was caused by the strong desire of various interest groups to take or retain power.

In my opinion, the current processes are very much reminiscent of the 1988-90 situation. Apparently, what is going on in Georgia now is more than just political confrontation, as supporters of old and new political actors are motivated by deeper impulses than simply mercantile political reasons. The opposition supporters and activists, who greatly outnumber pro-government supporters, regard Bidzina Ivanishvili as their only real chance to change the current system.

After years of widespread apathy, the Georgian society has finally woken up from the “slumber”. People talk about politics everywhere now – in the streets, at the kitchen table, by phone. What is more important, they have become apparently more outspoken. The fear of being eavesdropped or overheard by police or security services and being punished for dissent has vanished.

Such a dramatic u-turn of public mood can be largely attributed to the government’s actions and policies. The room for public debate has significantly narrowed in Georgia since 2003. The government imposed full control over national media, which now spend most of their air time peddling pro-government propaganda and creating myths about invincible Georgian armed forces. Every dissenting voice is immediately labelled as pro-Russian. The government’s full or partial control over real and pseudo-opposition alliances and the absence of independent judiciary have made many Georgian residents feel hopeless about their chances of defending their rights.

The government’s such actions and attitudes have begun to hit home. The newly emerged political player apparently feels confident of succeeding, claiming that he is well capable of defeating the government and coming to power. Just this sense of confidence and self-assurance explains why representatives of the new opposition force are increasingly hinting that the current government’s days are numbered.

Another indication of the new opposition’s strength can be seen in Bidzina Ivanishvili’s sustained efforts (rejecting the idea of street protest actions, maintaining constant communication with diplomats, etc) to show that he can easily win on his own, without any support. The unsuccessful protest demonstrations of 2007-09 have led to widespread disappointment and frustration among Georgian citizens. But now they see that they no longer need to put at risk their well-being, future and lives by going out to the streets to defend their favourite. The current opposition campaign is well funded, while political parties (at least part of them) are united under a single leader and seem to have enough international contacts and experience to tackle most, if not all, problems of ordinary people.

So, it can be assumed that a new political centre has emerged in Georgia which brought together all disaffected individuals and groups discontented with the current government (marginalised groups seeking social revenge, political and economic groups stripped of their privileges by Saakashvili’s government, unemployed, pensioners, orthodox radical nationalists, liberal-democratic intellectuals, middle-age and older citizens, etc).

The present situation is very much reminiscent of the 80s of the last century in the sense that citizens’ political activity is motivated by their sincere beliefs rather than by mercantile considerations, i.e. the desire to get one-off financial benefits. It is important that although Bidzina Ivanishvili has spent little money since the start of his political campaign, he managed to win overwhelming support from the Georgian people – something very untypical for a transitional democracy where the strength a political force is usually measured by its ability to intimidate/blackmail the voters or “buy” the votes.

Today nearly all dissatisfied interest groups pin their ambitions and hopes on Ivanishvili’s success. It is obvious, however, that if he really comes to power, not all of them will get what they want – hence the certain level of frustration will be imminent. Even in theory it is almost impossible to satisfy all those discontented with the government, since they often have conflicting views and goals.

It remains to be seen also what Bidzina Ivanishvili will offer to the Georgian society – no-one but him knows it at present. This uncertainty poses a serious danger that many people will again feel frustrated and angry in two or three years. It is noteworthy at the same time that some recent public statements of the new political leader, including about his political priorities, suggest that there is a real chance of creating a multi-polar pluralistic democratic system in Georgia.