The Georgian model of libertarianism and its applicability to Ukraine

The Georgian model of libertarianism and its applicability to Ukraine 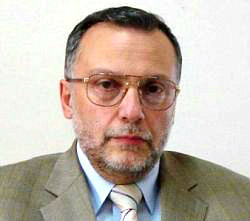 Ukraine has garnered the world’s attention as a country facing a myriad of complex challenges, among which economic problems play a significant role.  The corruption-stricken government of Ukraine is reminiscent of Georgia in the beginning of the 21st century, also in terms of the economy. Corruption is a key reason why neither the Georgian government in the fall of 2003, nor the Ukrainian government 10 years later were able to quell the protest rallies.

Given these similarities, let’s consider the issue of whether it is suitable for Ukraine to take into account Georgia’s experience with economic reforms. This issue has become more relevant after the Ukrainian government invited Georgia’s former president, Mikheil Saakashvili, as an advisor, as well as Kakha Bendukidze, a former government member and one of the primary figures behind the Saakashvili government’s economic reforms.

Foundations of the Georgian Model of Libertarianism

After the Rose Revolution in November 2003, Georgia began a series of reforms. In the spring of 2004, the Russian tycoon of Georgian origins, Kakha Bendukidze, was invited to work for the Georgian government. As director of the holding company Unified Machinery Plants (“Ob’yedinionnye mashostroitel’nye zavody”), he was quite closely connected to the Putin regime, which is not surprising if we take into account that the plants that comprised the holding company were building complex machinery, including equipment for producing atomic energy.

Mr. Bendukidze is famous for making libertarian statements that created a predisposition towards the economic reforms in Georgia that began in 2003. These reforms were referred to as libertarian at the international level.  This opinion was supported by the fact that most of the licenses and permits necessary to start a business were abolished and application rules were simplified for the remaining ones.

Furthermore, the system for issuing various types of documents by state agencies was significantly simplified, and the tax burden was eased. This made Georgia a leader in reforms, according to the World Bank’s ‘Ease of Doing Business’ ranking list.  However, Georgia’s economic growth was falling behind its neighboring country, Armenia, which was headed by a ‘non-libertarian’ government. Another of Georgia’s other neighbors, Azerbaijan, experienced economic growth primarily through increased oil and gas extraction and exports.  Thus, its economic growth is unsuitable for comparison. Specifically, according to World Bank data, Georgia and Armenia had nearly-equal GDP per capita in 2002 and 2003, while in 2011 this indicator in Georgia was only 94% of Armenia’s per capita GDP.

In parallel with these reforms, the Georgian government regularly violated property rights and did not even shy away from making entrepreneurs wire some part of their profits to extra-budgetary funds. This certainly did not apply to the businesses closely associated with government members.

Also, the judicial system was directly under the control of the Prosecutor’s Office, which was pointed out by a number of international and local observers. Unfortunately, the so-called ‘libertarians’ in the government neither expressed any protest nor made any comments about these very un-libertarian aspects, and they may actually be better characterized as Neo-Bolshevik in style.

A major peculiarity of the Georgian model of libertarianism created by Mr. Bendukidze is its key principle: “Libertarianism only for one’s own business.”

Like their leader, most of the team members recruited by Mr. Bendukidze did not have an academic background in economics.  Without knowing economics, it was easiest for them to share libertarian views; when one does not know about or understand market failures and the challenges of overcoming them, it is very easy to view a minimum of state interference as the only valid principle.

Thus, Georgian “libertarians” differ from true libertarians, because for Georgians libertarianism was not a choice based on knowledge and understanding of economics.  Quite the contrary, for them it was a mask to cover an absence of economic knowledge.

Georgian lessons of the “pseudo-libertarianism” for Ukraine

In 2005, on the initiative of the Georgian “libertarians”, the Georgian anti-monopoly law was abolished. When in the fall of 2007, President Saakashvili tasked the Ministry of Internal Affairs with creating anti-monopoly regulation of monopolistic markets of salt and sugar, the pseudo-libertarians did not express any protest. They maintained their silence in 2006 when Russia banned the import of Georgian agricultural products and President Saakashvili tasked the defense minister with identifying potential international markets for Georgian wine.  As a result, the Department of Wine Export was established within the Ministry of Defense.  Unfortunately, there are more than a few similar examples.

In order to sign the Deep and Comprehensive Free Trade Agreement (DCFTA) with the EU, Georgia was required to meet the conditions imposed by Brussels: adoption of anti-monopoly, food safety and labor laws. The Georgian “libertarians” delayed it for as long as they could. President Saakashvili’s favorite appeal was the “Singaporeization” of Georgia. Thus, it is not surprising that Georgia did not meet a major part of the EU requirements and sign the Association Agreement, which includes the DCFTA, in June 2014 after Saakashvili’s National Movement and its leader were no longer in power.

The Georgian “libertarians” were not against the sale of vital national infrastructure to Russian state-owned companies, on the contrary they facilitated it. The most illustrating example was the purchase of a controlling stake in a Georgian bank by the Russian state owned bank VTB in 2005. Another example is the sale of two hydropower plants in Georgia to the Russian state-owned company “Inter RAO”. This happened after the Russia-Georgia war in 2008. The initiative by Georgian “libertarians” to sell a transiting gas pipeline (Russia-Armenia) built during the Communist period to Gazprom was prevented by the Americans in 2006.

It is doubtful that if Ukraine is truly eager to lead the country toward Euro-integration that such a pseudo-libertarian, or even a true libertarian, will be of any assistance, as the European market is clearly one based on state regulations.

At the same time it should be noted that Ukraine will benefit from the above mentioned positive experience of Georgia in stimulating businesses.

As for combatting corruption, it primarily depends on the political will of the Ukrainian government. Georgia can serve as a strong example for Ukraine in this regard. The country’s attacks on corruption, which began before the so-called “pseudo-libertarian era”, which doubled tax revenues in the national budget over a very short period of time.

Finally, in order to receive relevant advice on conducting economic reforms it is not necessary to “reinvent the wheel.” For this purpose it is necessary to cooperate closely with the IMF, the World Bank and most importantly, to share and utilize the recommendations from Brussels.