The End of Neoliberal Hegemony

The End of Neoliberal Hegemony 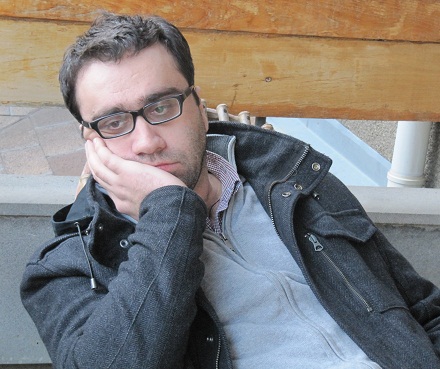 Bakar Berekashvili is a lecturer at Georgian-American University in Tbilisi.

20 years of post-communist transition cultivated and produced lots of troubles, dramas and traumas in many post-communist societies. Politics, culture and economy was shaped with new paradigms, old regimes collapsed and new regimes and new elites emerged on refreshed ideological strata and thus new values and approaches arrived in the socio-cultural, political and economic space. The main trouble with post-communist transition was that there were almost no discussions in society and in deliberative space on essence of new values that were supposed to be substitutive for old values and if such values were progressive compared to those of the past.

There are several cultural, political and economic ideas that are considered purely in a dogmatic way in post-communist reality and sort of existing taboos around those ideas make apocalyptic reality in intellectual life of some post-communist societies. The ideas which operate in economy, culture/society and politics are represented as hegemonic without allowing different critical interpretations. For example the ideas of free market economy, rugged individualism and the inevitable necessity of liberal discourse are understood as holy ideals and critique around these principles is deeply stigmatized.

However, in so-called western intellectual life, this is even very popular and actually rational discourse, to criticize exactly the ideas of free market economy, that creates strong basis for social Darwinism. Also the hegemony of liberal discourse is widely criticized by various groups of intellectuals. Let us simply observe left intellectual life in West and some key figures there and one may simply conclude that European left intellectuals are even not moderate but radical in comprehensive critique of liberal discourses (for example French Marxist structuralists).

So, what happened with post-communist reality where the west is so much glorified? Why is liberal discourse hegemonic, while pluralism is encouraged? The answer for this question is that liberal ideology was introduced and realized by elites. Politics was organized from above and not from below.

Democracy was a word and a process or phenomena that was missed in the Soviet Union and that consequently became the main idea in post-communist countries. There was a freedom with democracy, which took an important place on the political agenda, but the degeneration of post-communist transition was that there was only unconscious thoughts about the need for freedom and democracy without raising two simple questions: What kind of freedom? Which democracy?

Polish sociologist Adam Przeworski, while analyzing the changing political regimes in the 1990s, raised the question not only about how new democracies may survive, but also what kind of economic results were going to produce new changes and new paradigms in politics and economy. And Przeworski was absolutely right when he was interested in the economic results, because at the end we saw that economic processes in Eastern Europe attacked the idea of democracy.

How did this happen? There were two dimensions to how economy was linked with the crisis of democracy, both dimensions are divided into two classes: upper and lower. Upper class (new capitalists, industrialists and so on) rapidly aggregated the new economic logic of the post-communist reality and linked free market economy with democracy, so as Chomsky notes while criticizing neoliberal elites “the enemy of the market is the enemy of democracy”. This logic was dominant in the upper class, and such an approach was also legitimized for years and intellectualized by the neoliberal political and expert community. The second dimension of interrelation between economy and democracy is originated from the lower class, who see democracy as a situation where social justice, equality and solidarity takes on an important role in public life. To simply summarize, the upper class became propagandists of liberal democracy while the lower class became sympathetic to social democracy or let’s say with left discourses. The upper class realized their ideological functions, while the voice of the lower class remained unheard.

The tragedy of the post-communist reality is that the Soviet system was replaced with so-called jungle capitalism, where the phenomena of looser and winner took main place in the minds of people and where the liberal economy became the only game in town. Georgia is the best example of how the hegemony of radical liberal discourse in economic life cultivated a high level of injustice and inequality in society. Georgia started the transformation to a capitalist system after the end of the USSR, but the so-called Rose Revolution of 2003 was a triumphal milestone for the neoliberalization of Georgia.

It is, by the way, hard to call it a revolution, because it was fundamentally opposed to the basic essence of revolution. The Rose Revolution did not cultivate any fundamental changes in the political, economic and socio-cultural area, but on the contrary further strengthened, encouraged and developed the politics once initiated by Eduard Shevardnadze in the early 1990s, and this was a form of politics dedicated to a harsh process of privatization, atomization of society and monopolization of the political space with manipulative liberal discourses. So, after 2003, the country started another phase of neoliberalization or neoliberal proselytism.

From 2003 to 2012, the political regime in Georgia may be assessed as post-communist neoliberal autocracy. Georgia became an oasis of neoliberal experiments and neoliberal logic of apathy and cynicism transformed from the economic sphere into the socio-cultural sphere, where social Darwinism and the existence of a deep divide between the rich and the poor was legitimized by referring to the inescapable destiny of the human race, while equality and social justice was understood as anachronistic and utopian discourses without any real perspectives.

During this neoliberal hegemony, Georgia became poor country with a typical class society where people lived in separate realities. The reality of the poor class had nothing to do with the reality of the rich one, and there was a neoliberal government which advocated and protected the interests of the upper class and thus oppressed the lower one.

The economic inequality and social injustice was also accompanied by a strengthening of the state’s repressive apparatus in Georgia, and Saakashvili actually repeated the game of Pinochet, attacked critical opinions, and opponents of his politics were declared enemies of the people. He played the game of all the dictators who always love to realize the idea of the icon of the enemy, in order to legitimize an oppressive order and thus promote escapism for society. And the results of Saakashvili’s post-communist neoliberal autocracy were: a poor country with few rich families, high rate of unemployment, social depression, alienation, atomized society, war, repression, manipulation, apathy and a hopeless landscape.

But suddenly on 1. of October last year, everything changed and parliamentary elections brought a new political reality and thus new political forces in power. The Ivanishvili-led political coalition celebrated a fascinating victory and thus ended 9 years of neoliberal experiments. But the fundamental question which arises in our minds here is the following: Did people vote for a new political force or did they vote against neoliberal autocracy?

I think the citizens of Georgia voted against neoliberal autocracy and its radical reflections, which are social Darwinism, rugged individualism and segmented society, social injustice and economic inequality, and therefore, by taking this into consideration, they voted for a new political coalition with the hope that the neoliberal agenda and neoliberal theories of social and political organization of our life will finally end.

The regime change in Georgia after the parliamentary elections has a sort of revolutionary character, as a new political reality, and Ivanishvili himself attempts to change the political agenda and the political language which has operated in the Georgian public sphere during the last 20 years.

There are some signs in Georgian politics today of calls to end the neoliberal hegemony in Georgia: The decline of the neoliberal jungle type free market economy, humanization of society, promotion of the idea of welfare state, encouragement of discourses on equality and social justice, steps towards socio-economic emancipation and other efforts show that Georgia is one of the first countries in the former USSR has that rejected the politics of manipulation, neoliberal games and hegemony of liberal discourse in economic life. And this is not even new political elites, but rather the people of Georgia, who realized the legacy of 20 years of experience and destroyed the regime of Saakashvili.

Today, Georgia portrays a new history, a history of emancipation of oppressed people and a history of revival of freedom and dignity. The task of the new political power is to facilitate the collapse of Saakashvili’s neoliberal paradigms, and furthermore, that the new ruling political class needs to make more effort to emancipate their minds from market oriented stereotypes and thus to crystallize their minds with the introduction of new discourses and paradigms oriented at the formation of social justice, equality and solidarity in society. This must be the fundamental task of the new government, as this task was assigned to them by the Georgian people, who rejected the neoliberal autocratic regime in Georgia.

And last but not at least, the Georgian people must realize that the right to make revolution is their fundamental right, and even they are not only eligible but actually obliged to revolt when authority becomes a monstrosity. This is what enlightenment taught us.