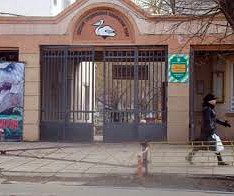 TBILISI, DFWatch–Tbilisi Zoo will reopen in September, after being closed for several months following a flood that partly destroyed it on June 14.

It’s a much reduced compound visitors are welcomed back to, with less than half of the animals and a smaller amusement part.

The zoo’s director Zurab Gurielidze told Interpressnews on Monday that the restoration work is almost finished.

He said there is clean-up work going on most of the time.

“However there are certain details which will require intense work for a longer period of time. We will open in September anyway. Part of the zoo which survived the flood will work,” he said, adding that there will still be very interesting animals in the zoo which will probably still attract visitors.

Gurielidze said that there are plans to bring in new animals, but only after the destroyed cages have been replaced or refurbished.

“We may bring monkeys soon, though,” he added.

A site has been selected for a new zoo near Tbilisi Reservoir, Gurielidze said, but the plans still need to be worked on. The new zoo will cover 47 hectares and the project will be carried out with support from Tbilisi City Hall.

Having a larger area will make it possible to construct larger cages and follow European and US standards as closely as possible.

“We have studied the area, considering which animal will be able to live in which location and which cage should be constructed at certain spots,” representatives of the zoo said, adding that it will probably take two to three years to construct the new zoo.

A large flood in the night of June 13-14 wiped out a large part of the predators. They either drowned or escaped and were shot by police.