Tbilisi mayor’s 2010 campaign to be scrutinized

Tbilisi mayor’s 2010 campaign to be scrutinized 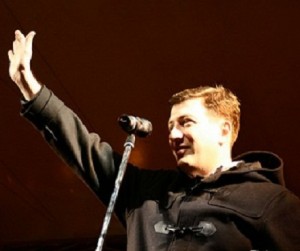 Tbilisi mayor Gigi Ugulava's election campaign in 2010 is to be checked by the Georgian Chamber of Control.

TBILISI, DFWatch – The Georgian Chamber of Control is looking closer at the financial activities of an organization which campaigned for Tbilisi mayor Gigi Ugulava in 2010.

The organization is called Our Vote to Gigi Ugulava and had several well-known Georgian singers among its members.

This is the result of recent changes in the law about party financing which made the same restrictions apply to other groups than parties, and even individuals.

The CoC’s monitoring group quickly got busy using the new powers and started checking the finances of a movement called Georgian Dream, which was started by the billionaire Bidzina Ivanishvili, who plans to win this year’s parliamentary election and then form a government.

Several commentators asked why the body didn’t do checks on organizations close to the government.

Yesterday, a second organization was named as target of the expanded rules. Our vote to Gigi Ugulava was formed as a campaigning tool for the mayor’s election campaign. Although the incumbent at the time, he had never been elected until the local elections in May 2010.

Before the elections the group held several sports competitions, during which  winners were giving prizes, presents and tickets for holidays abroad.

After the election, the organization seized its activities.