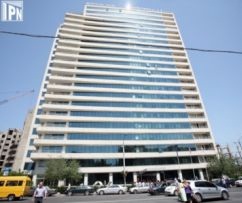 Mayor Gigi Ugulava from the former ruling National Movement party proposed to the City Council to increase the local budget to improve infrastructure at gardens and squares and to solve water supply problems in a villages that are administratively party of the city. Part of the increased budget will also be spent on new transport in the city.

Ugulava’s proposal was sent to the council a few days ago and was approved on Monday at a special session.

All 38 attending members of the council supported the initiative. The priorities of new budget are financing of kindergartens, repariing roads in villages and fixing the water supply; repair work on No 32 Musical School and increase in salaries for the teachers who work there, and improvement of municipal transport services.

Zaza Gabunia, MP from the Georgian Dream faction, says that council already confirmed the new budget and Tbilisi City Hall must now implement it. He still feels skeptical that Tbilisi City Hall will really do all those things; however, he feels pleased that kindergartens will get more financing.

Both representatives of majority Georgian Dream and those from the minority United National movement satisfied with the new budget bill.

Irakli Shikhashvili, Head of the City Council, said after the session that even though there were different opinions about the size of the budget, a consensus was achieved.

“We have made the decision, and I want to tell Tbilisians that the council as a representative body will always conduct a policy directed at solving difficult and important problems,” he added.

The rest of the budget envisages increasing the financing for emergency medical service and social protection, sports development program, emergency service, a program for reinforcement of building alarms. There will be cuts in the financing of cleaning work, but an increase in environmental programs.